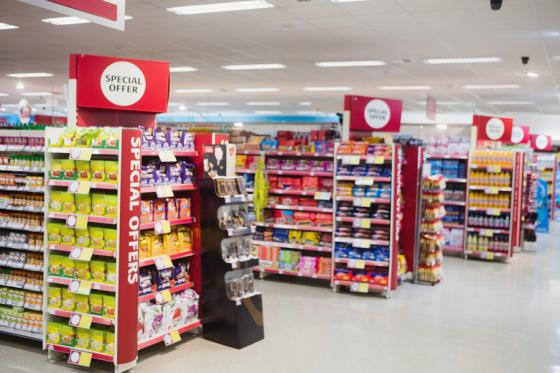 In an increasingly digital-focused world, grocers need to make sure they're connecting with their shoppers in a meaningful way by offering impactful promotions

It’s no secret that grocers today are facing truly daunting challenges: the aggressive expansion of discounters like Aldi and Lidl, the growth of online grocery in a sector that was later than many to adopt multichannel strategies, and the looming threat of Amazon.

At a moment when every single hard-fought margin dollar is critical, it was stunning to learn in a May 2018 Revionics-commissioned study conducted by Forrester Consulting that 52 percent of the weekly or monthly promotions that retailers offer go to customers who would happily have paid full price – a sign of failed strategies and a primary culprit of stagnant or declining revenues, low basket rings and lost margins that grocers can ill afford. Particularly in the world of increasing costs and razor-thin margins where grocers operate, this is a shocking – and fortunately preventable – source of margin leakage.

In the same study, which surveyed shoppers in the United States, the United Kingdom, France, Germany and Brazil, 31 percent of U.S. respondents said that they planned to increase their online grocery purchases. So how can grocers connect with their increasingly digital-focused shoppers without missing the mark, or worse, alienating the shoppers they work so hard to engage?

The risks of misguided offers go much further than just lost margins and can result in lost loyalty and customers – 37 percent of shoppers say they feel annoyed, will shop less often or are indifferent when receiving promotions on items for which they would have paid full price. In other words, rather than increasing loyalty and traffic, an ill-conceived offer can actually decrease both.  Fortunately, innovative grocers can leverage sophisticated analytics offerings to carefully assess the effectiveness of past offers: Which ones truly achieved their business goals, whether it’s driving traffic or increasing sell-through?  What are the halo effects – does a certain offer truly provide increased purchases of a related higher-margin item?  An often overlooked factor in wasted promotions is cannibalization – when does a promotion that seems successful actually turn out to be counter-productive because it just displaces sales of a higher-margin item that’s not being promoted?

Shoppers have distinct preferences as to what sort of offer they prefer for each retail segment. In grocery, dollars-off and buy-one-get-one-free (BOGO) offers are strongly preferred over percent discount offers. When asked what type of offer they are most likely to use in which retail category, dollars-off was the most popular selection in grocery, with 28 percent of respondents preferring that type of offer. Frequently shopped-for items such as groceries are fertile ground for BOGOs, with 25 percent of shoppers likely to use them, versus only 19 percent for percent-off.  Timing of the offers is also important:  52 percent of grocery shoppers said that receiving promotions weekly would trigger their purchases, with only 18 percent wanting to see daily promotions.

Shoppers in the market for groceries respond to a narrower – and shallower – range of discount depths than when they are looking for other types of items. A full 15 percent of grocery shoppers said that 10 percent off is enough to trigger them to purchase, as opposed to 5 percent of apparel shoppers and 10 percent of personal care or pet supplies shoppers saying that a 10 percent discount would trigger a purchase.  By the time the offer is deepened to 25 percent, fully 63 percent of grocery shoppers said that they would purchase – yet only 47 percent of apparel shoppers, 57 percent of personal care shoppers and 47 percent of pet supplies shoppers would be triggered at up to 25 percent off.  Again, using science-based insights can help grocers know exactly how much they need to offer, and in which promotional vehicle, to engage their shoppers, while avoiding the trap of over-offering and leaving money on the table.

Deliver promotions where shoppers prefer to get them

Sixty-nine percent of indiscriminate promotions on items for which grocery shoppers would have paid full price were delivered to them through email, yet in an October 2018 Revionics-commissioned Forrester study, only 18 percent of shoppers said they only pay attention to promotions delivered via email. It’s crucial that grocers understand which mix of promotional vehicles to use to receive their shoppers, ensuring that circulars, in-store, email, website and social are fully optimized, reserving space for the promotions that will ensure positive lifts and meet strategic objectives.

Today’s artificial intelligence (AI) algorithms can sift through incredibly large datasets from multiple sources to understand changing market, shopper and competitive conditions and provide prescriptive direction on exactly where grocers need to be aggressive – in other words, which items their shoppers are price-sensitive on – and where grocers can recover margin while still achieving business goals. Retailers know that they can benefit from using AI, with 76 percent of retailers believing AI-driven pricing would have a positive impact on shoppers, according to the October 2018 study. The good news is such capabilities have been in use for price and promotion optimization for grocers for more than a decade, with the self-learning algorithms growing more and more accurate and relevant as they continue to consume and learn from real-world data and circumstances.

In reality, more shoppers say they care about getting a fair price that they’re willing to pay, rather than the lowest price. Only 17 percent of shoppers said that they respond to price matching, and an overwhelming 78 percent of shoppers think that it’s fair to use data science to increase and decrease prices as long as they are presented with prices they’re willing to pay, according to a June 2017 Revionics-commissioned study conducted by Forrester.

Grocers have a huge opportunity to start saving millions of dollars immediately, by using proven, high-ROI technology to simplify and target the number and types of promotions they offer.