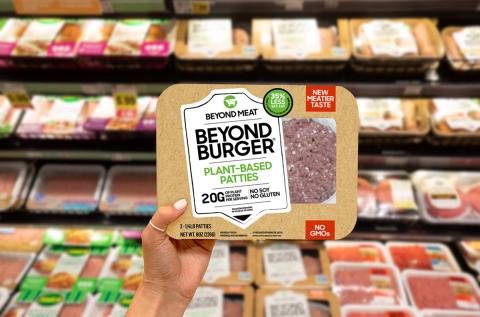 Beyond Meat is the world's most searched-for vegan brand, with more than 5 million searches a year.

While sustainable plant-based foods have been slowly gaining momentum for years, their popularity has quickly accelerated of late. Much of this increased interest is a result of the panic buying that ensued during the COVID-19 pandemic that created meat shortages, leading shoppers to search for meat alternatives. Now with meat prices on the rise, consumers are even more interested in vegan options.

To find out which brands consumers are most curious about, commercial supplier Maxima Kitchen Equipment conducted research to analyze the monthly searches for 100 of the most popular vegan brands. Here’s the list of the seven most sought-after brands.

When it came to individual countries, Beyond Meat (which counts Bill Gates among its investors) reigned supreme in various nations, including the United States, Germany, Russia, Japan and South Korea.

Quorn dominated searches in the United Kingdom, at nearly 500,000 a year, and was also the top-searched brand in Finland and Malta.

Oatly was the most Googled vegan brand in Australia, as well as in Sweden and Indonesia.

On the continent of Africa, Aduna – a creator of superfood vegan snacks – was the favorite brand in Ethiopia and Senegal, while Tofurky dominated in Botswana, and OWYN (a plant-based protein shake brand) was tops in Angola and Ghana.

When it came to North Africa, plant milk brand Alpro was the most googled vegan brand in Libya and Morocco, while Beyond Meat was the top-searched brand in Egypt.

Lightlife, a producer of plant-based meat, was the top-searched vegan brand in such countries as Mongolia, Jamaica and the Bahamas.

“As vegan, vegetarian and flexitarian diets increase in popularity and become ever more mainstream, it’s fascinating to see which vegan brands are the most searched in the world, as well as which brands dominate in each country,” said a representative of London-based Maxima. “The popularity of brands like Beyond Meat and Quorn shows our interest in plant-based meat, while the prevalence of Oatly and Alpro reflect the increasing demand for dairy alternatives.”

Maxima has more than 40 years of experience in the supply and maintenance of professional kitchen equipment. 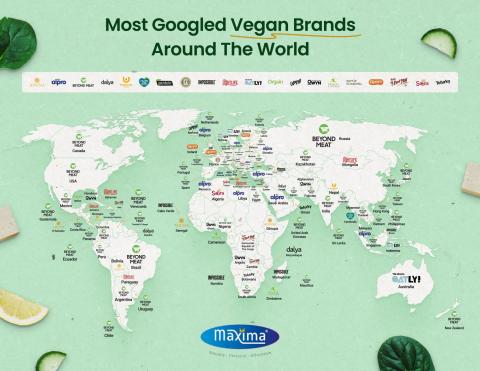