COLUMN: AHEAD OF WHAT'S NEXT 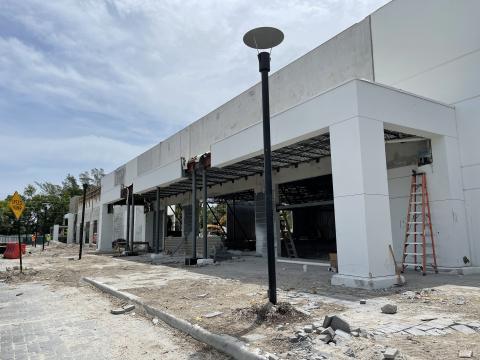 Amazon is intending to open a 35,000-square-foot Amazon Fresh grocery store in Boca Raton, Fla., the company’s first such store in that state and its first store in the Southeast.

The next innovation from Amazon may not involve artificial intelligence, machine learning or Just Walk Out cashier-less technology.

In fact, Amazon’s latest experiment might involve technology that originated in a burger joint in Missouri in 1947 but has never been fully leveraged by many in the grocery industry — until maybe now.

According to public records, Amazon is intending to open a 35,000-square-foot Amazon Fresh grocery store in Boca Raton, Fla., the company’s first such store in that state and its first store in the Southeast.

The store is being built from the ground up in a former Lucky’s Market planned space in the upscale Uptown Boca shopping center on Glades Road. The mixed-use complex (see image gallery below) features tenants such as REI, Chick-Fil-A, Bonefish Grill, SportsClips and BurgerFi.

What makes the Uptown Boca Amazon Fresh different from the other 18 Amazon Fresh stores now open nationwide is what appears to be a drive-thru.

According to workers at the site, the Boca Amazon Fresh store will have a drive-thru, possibly for online pickup orders. The drive-thru has one lane, covered by a canopy, that is adjacent to the east side of the building, where double-glass doors lead to the interior of the store. Parking spots, possibly for pickup orders, are also available on the far east side of the building.

When Progressive Grocer e-mailed questions about the Boca store to the company, a spokeswoman said Amazon “doesn’t comment on rumor or speculation.” But the Boca store could be the first Amazon Fresh with a drive-thru, a natural evolution for a company that has a relentless obsession with customer experience and solving the last-mile profitability problem.

Now that the pandemic has super-charged demand for e-commerce (both delivery and click and collect), it’s probably a good time to re-imagine online grocery pickup.

Does it make sense to have workers roll large carts of groceries — in rain, sleet or snow,  in record heat or record cold — out to waiting customers in a parking lot or lane? A proper drive-thru could cut labor costs and other expenses associated with pickup and may also offer a better customer experience, especially in a state with residents who love their drive-thrus.

But it’s not just Floridians; Americans have rediscovered their love of the drive-thru amid pandemic safety concerns. To wit, Taco Bell just announced plans for a four-lane drive-thru slated for summer 2022. Suddenly many retailers are re-evaluating drive-thrus as a convenient way for shoppers to feel safer visiting stores.

To their credit, the grocery wizards at Amazon have been playing with the drive-thru concept since at least 2017. That’s the year Amazon launched AmazonFresh Pickup. Shoppers could order online, pick a time slot (as soon as 15 minutes after an order), and drive to an AmazonFresh Pickup location with pickup spaces. Of course, a lot has happened since then (including Amazon’s e-commerce innovations with Whole Foods Market), and who knew we’d be talking about “pandemic-driven online grocery surges” all these years later?

But there’s no doubt that Amazon is never not rethinking how to do grocery shopping better, and this new Amazon Fresh store looks like another interesting experiment for a company that is always looking to be ahead of what’s next.

Seattle-based Amazon is No. 2 on Progressive Grocer’s 2021 list of the top food and consumables retailers in North America. Austin, Texas-based Whole Foods is No. 26 on PG's list. 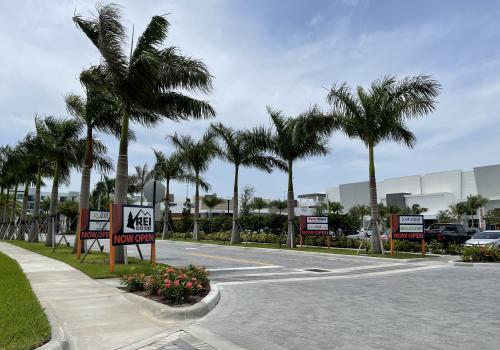 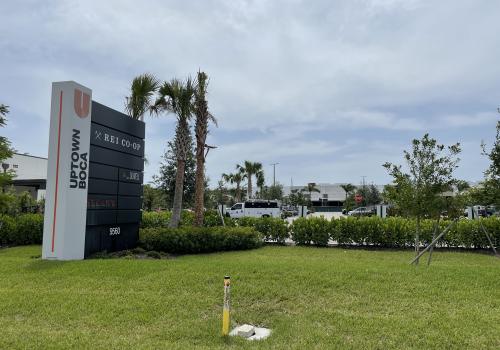