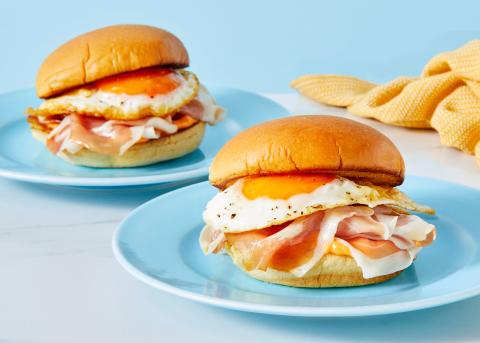 Although Blue Apron reported a decrease in net revenue during its first fiscal quarter, the meal kit company shared advances, including a new breakfast product line.

Blue Apron has delivered its financial report for the first quarter, posting a 9% decline in year-over-year net revenue.

The YOY revenue loss was greater than expected and was attributed to fewer orders and customers over the past 12 months. Higher food prices and labor costs also contributed to the tepid fiscal performance.

Net revenue reached $117.8 million in the first quarter, down from first-quarter levels in 2021 but still up 16% over the first three months of 2020. The company reported an adjusted EBITDA loss of $30.7 million during the most recent quarter, compared to a $6.1 million loss during the same time frame last year.

Blue Apron’s Q1 performance was impacted by a variety of factors. Like many companies, the New York City-based meal kit maker was hit by higher food and fuel prices, as well as greater outlays for labor. Overall, costs were higher this time around, with more investments in marketing to drive growth and increased overall price, technology and administrative expenses. Some of the costs were related to the purchase and retirement of carbon offsets as Blue Apron worked towards its sustainability goals, the company noted.

There were bright spots for the meal kit business, as orders rose 10% from the fourth quarter ending in December 2021. That uptick was attributed to seasonal eating trends (i.e., winter) and a modest boost in meal kit users.

The number of orders during the first quarter edged upwards, reaching close to 1.87 million based on a customer base of 367,000. That compares to the 1.68 million orders among 336,000 users during the fourth quarter. While down from pandemic-related highs in 2021, orders and customers are still above pre-pandemic levels seen in 2020.

Blue Apron’s leadership team struck a more optimistic tone for the company’s outlook for the rest of 2022, thanks to a fresh $70.5 million capital infusion at the end of the quarter and other aspects of its business. In the fiscal report, the company announced that it anticipates top line net revenue to return to positive YOY growth starting in the second quarter of 2022 and highlighted plans to grow the customer base and achieve full year adjusted EBITDA profitability in 2023.

Linda Findley, Blue Apron’s President and CEO, pointed out that the company met its carbon neutrality goal by the end of the first quarter and has evolved to meet consumer need with new products, including items for the breakfast daypart. “We continue to make progress on the foundational work we started back in 2019, and then accelerated in the fourth quarter of last year as we look to scale the business and drive customer growth,” she remarked.

Added Randy Greben, the company’s CFO: “We continued to build on the momentum generated in 4Q21 to propel our first-quarter performance, including material investments in marketing and our people while navigating a challenging inflationary environment.”

As it moves forward with an influx of new capital, Blue Apron also announced that it is holding its first investor day on May 10 at its fulfillment center in Linden, N.J.