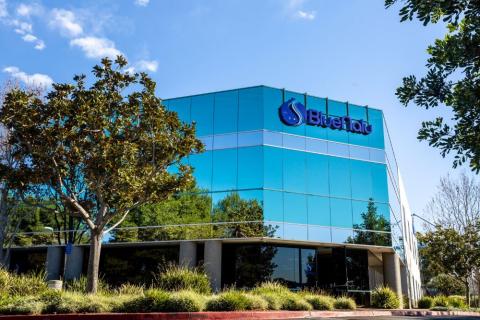 BlueNalu plans to introduce a wide variety of cell-based seafood products from its pilot production facility in San Diego.

Consumers may be shopping for lab-created seafood products by the end of the year, thanks to BlueNalu's latest round of financing, which will allow the company to complete the world’s first commercial pilot facility for producing cell-based seafood.

“The team at BlueNalu is driven to produce cell-based seafood products that are healthy for consumers, humane for animals, sustainable for our planet and provide increased food security to each nation in which we go to market,” said Lou Cooperhouse, BlueNalu’s president and CEO. “This recent financing will allow us to continue advancing our mission and the next phase of our commercialization plans, while we continue to develop strategic partnerships that we expect will provide us with global market reach during the coming years.”

The financing will permit the food company to open a nearly 40,000-square-foot pilot production facility in San Diego and complete FDA regulatory review for its first products.

“BlueNalu’s technology is the next phase in the continuous agricultural revolution,” said Alex Ruimy, managing partner at lead investor Rage Capital. “What the team has built, and continues to build, promises to change the way we source and eat fish. We are extremely excited to back a best-in-class management team on a mission that can truly change the world.”

“The global market for seafood is highly vulnerable today and is valued at an estimated $200 billion. With strong investor support, our innovative and visionary management team demonstrates a clear value proposition, technology, IP and a comprehensive regulatory strategy, all of which provide a solid foundation as we move closer to our in-market launch,” said Amir Feder, BlueNalu’s CFO.

BlueNalu plans to introduce a wide variety of cell-based seafood products from the production facility, starting with the launch of mahi mahi later this year, followed by the launch of a premium bluefin tuna thereafter.

The food company is currently establishing joint-venture partnerships within key markets where it will operate to help navigate regulatory pathways, lower the cost of goods, and introduce new species and new product forms. Previously, BlueNalu revealed five global strategic investment partners: Nutreco, based in the Netherlands; Pulmuone, based in South Korea; Sumitomo, based in Japan; and Griffith Foods and Rich Products, based in the United States.

During the pandemic, seafood saw sales swell as consumers turned to home cooking in greater numbers. However, the global supply can't keep pace with this increased demand. By producing only the parts of fish that consumers eat, rather than catching or raising them whole, cell-based seafood products are intended to offer a sustainable alternative that will look, cook and taste the same as conventional seafood, according to Rutgers, The State University of New Jersey. These cell-based products are also intended to have the same nutritional qualities and health benefits as farmed and wild- caught seafood, but will be free of mercury, microplastics and other environmental contaminants.

Based in San Diego, BlueNaluis aligned with the United Nations’ Sustainable Development Goals, a blueprint to achieve a better and more sustainable future for the planet.