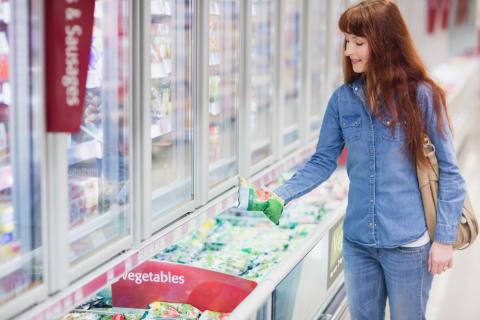 The sales of frozen fruits and vegetables in the United States reached $7.1 billion over the 52-week period ending June 26.

A new survey from the American Frozen Food Institute (AFFI) has found that more than a quarter of shoppers are buying more frozen fruits and vegetables than three years ago. Penetration among American consumers is indeed high, with 94% of American households buying frozen produce.

Among the more than 1,500 consumers surveyed, the majority (86%) agreed that having frozen fruits and vegetables makes it easier to eat more produce. Eighty-three percent said that these frozen staples help them to reduce food waste and save money due to the key attributes of frozen, which include a longer shelf life and the ability to prepare only what you need. Additionally, 76% of respondents agreed that frozen fruits and vegetables help them eat produce that they otherwise may not know how to prepare.

“The frozen food category offers a variety of solutions for today’s consumers, and frozen fruits and vegetables remain an important component,” said Alison Bodor, president and CEO of Arlington, Va.-based AFFI. “This survey confirms that shoppers are finding different applications and benefits as they integrate these products into their meals.”

The most popular uses for these frozen items were as sides to a main entrée (63% of all frozen fruit and vegetable buyers reported this usage); as ingredients in beverages and smoothies (50%); and as additions to pasta and rice dishes (44%). Nearly all shoppers also reported that they bought both fresh and frozen produce and relied on frozen fruits and vegetables to help hold them over between shopping trips when they were low on fresh produce. This data aligns with findings in AFFI’s “Power of Frozen 2021” market research, which found that most consumers integrate both fresh and frozen produce in their meal planning.

The survey also included a special review of households that meet eligibility guidelines for the Supplemental Nutrition Assistance Program (SNAP). Eight out of 10 SNAP-eligible survey respondents agreed that frozen fruits and vegetables make it easier to eat more produce, prevent food waste, and help save money. These findings indicate the important role that frozen foods play in federal feeding programs.

“As the food industry and policymakers explore ways to improve nutrition and reduce hunger across the country, frozen foods must be part of the solution,” added Bodor. “Shoppers recognize that frozen fruits and vegetables offer an easy and convenient way to further include produce into their diet, all while stretching their dollar further, thanks to the reduced waste.”

Sales of frozen fruits and vegetables in the United States reached $7.1 billion over the 52-week period ending June 26, and product volume was 271 million pounds above pre-pandemic levels, at 3.9 billion pounds. The top products within the segment were plain vegetables, potatoes and onions, and fruit, with sales of $2.9 billion, $2.3 billion and $1.5 billion, respectively.