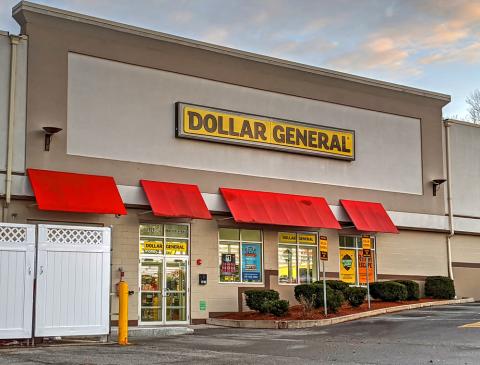 Undeterred by a slight dip in third quarter same store sales, Dollar General said it would open 1,110 new stores in 2022, enter Mexico with 10 locations and triple the footprint of its pOpshelf concept with an eye toward operating 1,000 locations within four years.

Same store sales declined 0.6% during the quarter ended Oct. 29, as Dollar General faced a challenging prior year comparison. On a two-year stacked basis, which is how many retailers have taken to reporting same store sales to even out the impact of 2020 sales spikes related to COVID-19, comps increased 11.6%. The company’s total sales, which benefitted from the addition of new stores, increased $3.9% to roughly $8.5 billion.

CEO Todd Vasos said the company was pleased with the results and noted that the company “made meaningful progress advancing our key initiatives, while continuing to successfully deliver for our customers, despite a challenging operating environment.”

The third quarter performance was overshadowed by revelations around significant expansion moves, which speak to future growth potential.

“We are excited today to announce our real estate growth plans for fiscal year 2022, which consist of nearly 3,000 real estate projects in total, including 1,110 new stores,” Vasos said. “These plans include the acceleration of our pOpshelf store concept, as we expect to nearly triple our store count next year. Importantly, given the sustained and positive performance of our pOpshelf concept, we plan to further accelerate the pace of new store openings as we move ahead, targeting a total of approximately 1,000 pOpshelf locations by fiscal year end 2025.”

The company also disclosed that it would enter Mexico in 2022 and expects to have 10 stores in operation by the end of its next fiscal year. The company surpassed 18,000 U.S. locations in the third quarter.

While entry into Mexico, expansion of pOpshelf and 1,110 more U.S. stores speak to the company’s long term growth potential, near term profits were a challenge in the third quarter. Net income declined 15.2% to $487 million while earnings per share fell 10% to $2.08.

Goodlettsville, Tenn.-based Dollar General employs approximately 140,000 associates. The company is No. 15 on The PG 100, Progressive Grocer’s 2021 list of the top food and consumables retailers in North America. Dollar General is PG's 2021 Retailer of the Year.