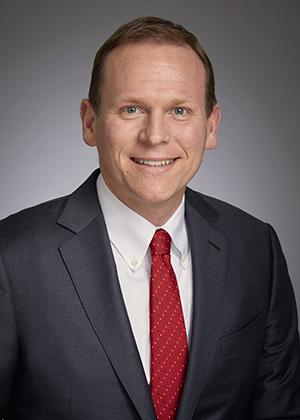 Effective Sept. 1, John Garratt will take over as president of Dollar General Corp. Garratt currently serves as the company’s CFO – a role that he will continue to hold when he is officially promoted.

As president, Garratt will lead Dollar General’s strategic initiative relating to health care and its international expansion to Mexico. Garratt joined Dollar General in 2014 as SVP of finance and strategy and has been the company’s EVP and CFO since December 2015.

Prior to working at Dollar General, Garratt held several roles at Yum! Brands from 2004 to 2014, and had also worked for Alcoa and General Electric. He also currently serves on the board of directors for Humana, the Federal Reserve Bank of Atlanta and the American Red Cross Tennessee Region.

“John is an accomplished leader with exceptional business and financial acumen, as well as the strategic vision to support Dollar General’s long-term growth opportunities, and his appointment to president enhances our management structure as we continue to differentiate and distance Dollar General from the rest of the discount retail landscape,” said Jeff Owen, COO at Dollar General. “John is a trusted leader who embodies our mission of serving others, and I am confident his future contributions will further support our customers and communities, as well as the underlying strength of Dollar General’s business.”

In its efforts to drive strategic growth, Dollar General also recently made several other high-profile leadership changes, ranging from roles in supply chain to merchandising. The retailer will also soon have a new leader at the helm. CEO Todd Vasos will retire from his current position on Nov. 1, at which point COO Jeffery Owen will assume the CEO role.

Earlier this month, the company appointed Ana Chadwick, current EVP and CFO of Stamford, Conn.-based Pitney Bowes Inc., to its board of directors. With Chadwick’s election, Dollar General’s board of directors now consists of nine total members. She joins eight current members with extensive expertise and experience across several industries. Chadwick also will serve on the company’s audit committee of the board of directors.

Goodlettsville, Tenn.-based Dollar General operated 18,356 stores in 47 states as of April 29. The company is No. 15 on The PG 100, Progressive Grocer’s 2022 list of the top food and consumables retailers in North America.