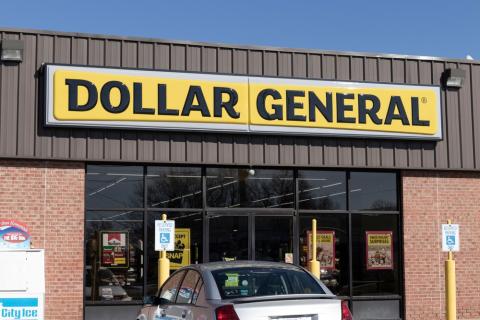 The discounter also updated its plans for real estate projects for fiscal year 2022, citing ongoing delays in permitting and the delay of construction materials related to new store openings. It now expects to execute 1,010 to 1,060 new stores, approximately 1,795 remodels and about 125 store relocations. Previously, the company’s plans called for expansion to 1,110 new stores, 1,750 remodels and 120 store relocations.

Sales increased 9% to $9.4 billion. Same-store sales rose 4.6%, driven primarily by an increase in average transaction amount, as well as a slight increase in customer traffic. The chain said growth in the consumables category was partially offset by declines in each of the apparel, seasonal and home products categories.

"We are pleased with our second quarter results, and I want to thank our associates for delivering another quarter of strong performance during a period of inflation and economic uncertainty," stated CEO Todd Vasos. “Looking ahead, we are confident that our strategic actions, which have transformed this company in recent years and solidified Dollar General as the clear leader in small-box discount retail, have positioned us well for continued success, while supporting long-term shareholder value creation.”

In separate news,  Dollar General CFO John Garratt has been promoted and given the additional title of president, effective Sept. 1. As president, Garratt will add responsibilities for the company’s strategic initiative relating to healthcare and its international expansion to Mexico. He will retain his role as CFO.

Garratt joined Dollar General in 2014 as senior VP of finance and strategy and has served as executive VP  and CFO since December 2015.

“John is an accomplished leader with exceptional business and financial acumen, as well as the strategic vision to support Dollar General’s long-term growth opportunities, and his appointment to president enhances our management structure as we continue to differentiate and distance Dollar General from the rest of the discount retail landscape.” said Jeff Owen, Dollar General’s COO.

Goodlettsville, Tenn.-based Dollar General operated 18,356 stores in 47 states as of April 29. The company is No. 15 on The PG 100, Progressive Grocer’s 2022 list of the top food and consumables retailers in North America.