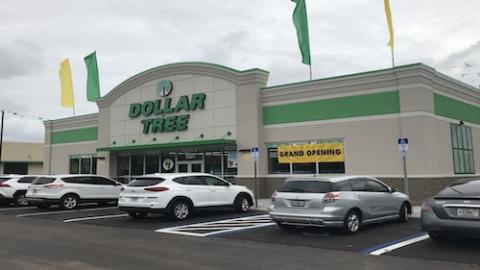 Amid its Q2 earnings statement, Dollar Tree reported that it opened 127 new stores during the time period.

Dollar Tree is sharing its financial results for the second quarter ending July 30, and though the retailer experienced earnings nearly in line with its previous guidance, it is lowering guidance for the remainder of the year due to investments at its Family Dollar banner.

“Our second quarter performance reinforces the relevance of our brands for millions of households pressured by higher costs for food, fuel, rent and more," said Mike Witynski, president and CEO. "We delivered increases of 6.7% in sales, 14.2% in gross profit, 25.7% in operating profit and 30.1% in EPS in the face of great macroeconomic uncertainty."

“We remain keenly focused on our associates, our DC network and supply chain, our value proposition and our technology," Witynski continued. "We are improving the shopper experience and positioning the Company to deliver long-term profitable growth and attractive returns on capital.”

During the quarter, Dollar Tree opened 127 new stores, expanded or relocated 29 stores, and closed 57 stores. In an effort to accelerate profitability and store growth for Family Dollar, the company will invest in pricing throughout the banner, in addition to undertaking improvements in merchandising and store standards.

“We expect the combination of this pricing investment at Family Dollar and the shoppers’ heightened focus on needs-based consumable products will pressure gross margins in the back half of the year,” said Witynski. “We have therefore reduced our EPS outlook accordingly. Following our price investment strategies at Family Dollar, our pricing gap with key competitors has closed and our value proposition is the most competitive it has been in the past ten years.”

On the heels of its earnings report, Dollar Tree also announced the addition of retail veteran Jeffrey A. Davis as the company’s new CFO. As previously announced, Kevin Wampler will transition out of his role as current CFO but is expected to remain with the company as an advisor until April.

Dollar Tree’s c-suite has been in a state of flux for several months. The retailer is undergoing leadership changes in an effort to support the company’s growth and accelerate implementation of its value creation initiatives.

Chesapeake, Va.-based Dollar Tree, which operates more than 16,000 stores across 48 states and five Canadian provinces, including stores operating under the Family Dollar banner, is No. 29 on The PG 100, Progressive Grocer’s 2022 list of the top food and consumables retailers in North America.