In a recently announced report by my company and Retail Systems Research, we wrote:

“Retail customers have been through a lot in the past few years. Lockdowns, social isolation, difficulty finding products due to supply chain woes: All have a cumulative effect. Rising prices have consumers on edge, and retailers are incredibly sensitive to this fact. As a result, 29% of retailers are fearful that any change in prices could bring about a negative reaction from customers.”

Hear that? About a third of all retailers are fearful to make any change during these inflationary times, although autonomous price technologies are available to meet the present and future pricing needs of shoppers. For a number of reasons that I will outline here, this widespread conundrum reminds me of the late Harvard Business School professor Clayton Christensen’s “The Innovator’s Dilemma,”the business book classic that has helped leaders across many industries better understand how to prepare for and manage disruptions.

The time may have come for retailers of all sizes to reassess their customer strategies. Because of the extraordinary disruptions that retailers and consumers are facing today – the persistent problems caused by the pandemic, growing inflation worldwide, and, most recently, threats to the global food and energy supply – the next milestone in retail innovation is closer today than it has been for a long time, at least since the advent of e-commerce. AI-powered, autonomous pricing technology – which was once the exclusive domain of retail industry giants such as Amazon, Walmart and China-based Alibaba – is fast becoming a must-have, not a nice-to-have. It is also a clear signal that consumers want precise and relevant pricing. Both Walmart and Amazon have used advanced technology to build brands based on best competitive pricing. Why can’t this be the brand foundation for any retail company that has a strategic path to compete on this value?

At first glance, this sounds easier said than done. But there are several ways that retailers – regardless of where they sit on the adoption curve – can organize themselves for success rather than failure and – for some – their ultimate demise as past icons:

In the end, it may be some retailers themselves that are most averse to change. But if fear is a motivator, I suggest that retailers take a moment to reflect on the danger of just standing in place and missing out on an opportunity to improve their position in the market and with consumers. Many thoughtful, well-managed retail companies are standing before a train – to use Clayton Christiansen’s metaphor – that has been gaining momentum for the past two decades. They are not just standing in the way of progress, they are positioning themselves for a collision. Fortunately, retailers both large and small now have options. But with two-thirds of the market alert to those innovative opportunities and taking action, you can’t afford to wait much longer.

About Anis Hadj-Taieb, General Manager, DemandTec by Acoustic
Anis brings a unique understanding of the retail landscape, along with extensive experience leading sales team for AI-enabled pricing and optimization solutions, to DemandTec. With more than 20 years of leadership experience in client management, revenue generation and team management, Hadj-Taieb has specialized expertise in deploying analytics and optimization in the retail and FMCG industries.

Hadj-Taieb joined DemandTec from GreyOrange, where he was global VP of sales, responsible for nearly doubling the global sales team while exceeding sales targets. Prior to GreyOrange, he was SVP of sales at Revionics and SVP of retail and customer success at Eversight. Hadj-Taieb also held executive-level roles at such software companies as PRGX, Infor Global and Oracle. He earned a master’s degree in applied mathematics and computer science from the National Institute of Applied Sciences, in France.

Anis Hadj-Taieb is General Manager at DemandTec by Acoustic. Anis brings a unique understanding of the retail landscape, along with extensive experience leading sale Read More 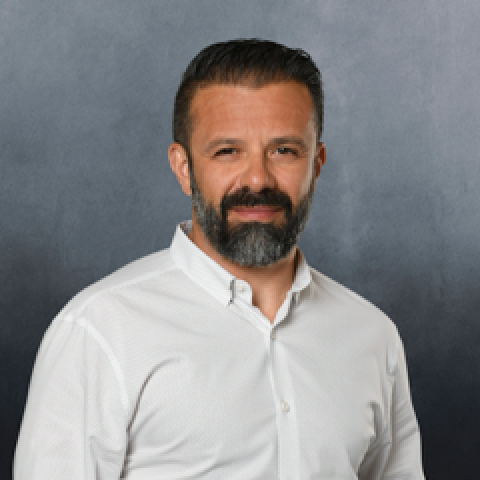