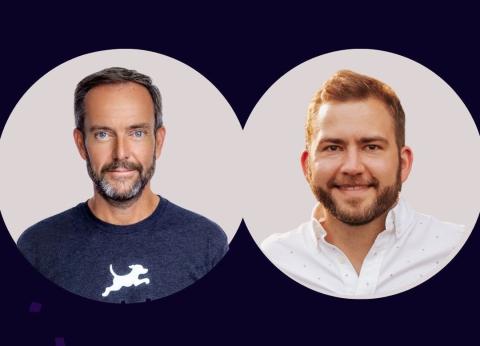 Fetch, a rewards app and consumer engagement platform, is growing its team along with its business. The company announced that it has added two executive roles to its leadership group as it scales up to meet marketplace demand.

Charles McColgan is Fetch’s new chief information officer. The 30-year data and security industry veteran will lead all data engineering, data analytics, data science, machine learning and analytics engineering functions at the company. He joins Fetch from the communications platform TeleSign, where he was chief technology officer; he also served as CTO at FrontBridge Technologies, development director at Microsoft and VP of technology for Paramount Digital Entertainment.

"Ever since I was introduced to Fetch a few years ago, I've been fascinated with the opportunity to bring digital precision to terrestrial marketing," said McColgan. "I'm excited to bring my experience running organizations and data at scale to enable the Fetch platform to continue its unprecedented growth."

In addition, Fetch promoted Wade Bruce from principal engineering lead to chief technology officer, as previous CTO David Berk was elevated to group president of product and technology. In this capacity, Bruce leads all software engineering and DevOps, practices that combine software development and IT operations. In addition to his most recent role at Fetch, he worked at insurance tech startup Bunker, social media management startup Spredfast (now Khoros), and State Farm. Bruce also served more than seven years in the Army National Guard as a signal officer.

"I joined Fetch in 2019 because I was excited about the company's growth trajectory. Our technology has made tremendous progress over the last 3 years, but we see it as just the beginning of something very special," Bruce said. "I am honored to lead our software organization into the next phase of our growth as we build world-class products for our users and partners."

Wes Schroll, Fetch CEO and founder, noted that this is a pivotal time for the business. "Inflation and tough macroeconomic conditions are driving massive consumer demand for money-saving solutions, and changes to the digital advertising landscape are pushing brands to explore new ways to connect directly with consumers," he asserted. "These factors have supercharged our growth rate and pushed us ahead of our 2022 growth targets. Bolstering our leadership team with top talent at this crucial time will set us up for success as we aim for even bigger things in 2023."

The Madison, Wis.-based Fetch is already moving ahead with changes. The organization recently dropped “Rewards” from its official company name and launched a new website, www.fetch.com. In early 2023, Fetch will debut a new self-serve advertising platform called Mission Control.