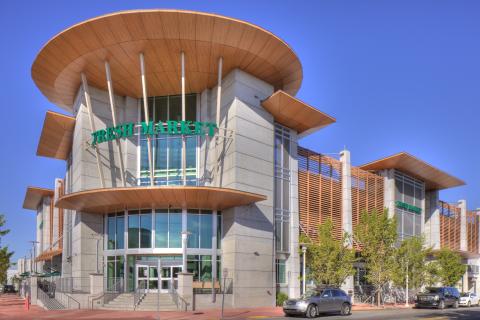 In March 2021, The Fresh Market submitted a confidential filing to the Securities and Exchange Commission related to a proposed IPO of its common stock.

The Fresh Market’s parent company, Fresh Market Holdings Inc., has officially filed for an initial public offering (IPO), which could raise as much as $250 million, according to published accounts.

The company’s confidential July 2 filing with the U.S. Securities and Exchange Commission (SEC) noted that it would trade on the Nasdaq under the symbol TFM.

The company last went public with an IPO of $290 million in 2010, when it operated 100 stores in 20 states, and was publicly traded until 2016, when New York-based Apollo Global Management took The Fresh Market private for $1.36 billion.

This past March, The Fresh Market submitted a confidential filing to the SEC related to a proposed IPO of its common stock. At around the same time, Ted Frumkin was named group VP of real estate, development and construction to help the company “continue to innovate fresh specialty grocery,” signaling a new focus on growth after a year-long pause.

“The Fresh Market expects to use the proceeds of the offering for general corporate purposes, which may include the repayment of indebtedness,” the company noted at the time, as reported by WRAL TechWire. “The initial public offering is expected to take place after the SEC completes its review process, subject to market and other conditions.”

“With this offering, we will return to the public markets, which we believe will allow us significant flexibility in funding our strategy, including allowing us to refinance a significant portion of our debt,” wrote President and CEO Jason Potter in a letter included with the July 2 SEC filing.

According to the filing, the grocer logged almost $2 billion in sales for the year ending Jan. 31, with comparable-store sales growth of 22.3% in fiscal 2020.

Based in Greensboro, N.C., The Fresh Market operates 159 stores in 22 states. The company is No. 76 on The PG 100, Progressive Grocer’s 2021 list of the top food and consumables retailers in North America.