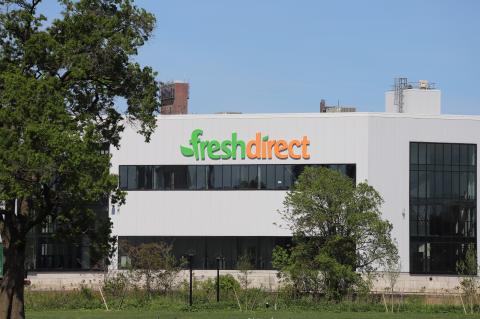 Following a significant increase in customer acquisition, FreshDirect is seeking to strengthen its brand and continue to build market share, particularly in the New York metropolitan area.

Following a significant increase in customer acquisition, FreshDirect is seeking to strengthen its brand and continue to build market share, particularly in the New York metropolitan area. Curiosity’s brief is to help develop a new brand strategy, positioning and campaign platform that will create an emotional connection with customers, and further solidify FreshDirect as the top New York City grocery brand in an increasingly crowded field. Curiosity will work closely with the e-grocer’s internal creative team and Chief Marketing Officer John MacDonald.

“As we enter our 20th anniversary year, we are excited about the continued growth of FreshDirect, and it is the perfect time to engage Curiosity,” noted MacDonald. “I know the talented and award-winning team at Curiosity will help us apply a fresh approach to engaging our customers that will showcase our mission of bringing high quality, great tasting, fresh food to as many people as possible. This partnership is a perfect recipe for success that is very much aligned with the essence of our business and we look forward to innovative and impactful collaborations that connect with our customers wherever they are.”

“FreshDirect has changed how we shop for groceries and influenced our standards for fresh, convenience and service,” said Ashley Walters, Curiosity’s chief development officer and partner. “The past two years have proven that no matter how saturated the fast-growing online grocery market becomes, FreshDirect has a loyal base who trusts and relies on its vast assortment, superior convenience and dedicated employees. We’re being brought in to make sure that loyalty not only remains, but grows. To be an independent Cincinnati agency chosen by an iconic brand in one of the most important e-commerce food markets in the U.S. is an honor, and we look forward to bringing our strategy and creativity to this partnership.”

Bronx, N.Y.-based FreshDirect delivers directly to customers across seven states, including the New York, Philadelphia, and Washington, D.C. metropolitan areas. In January 2021, the company was acquired by Zaandam, Netherlands-based Ahold Delhaize, whose other U.S brands include Stop & Shop, Peapod, Giant, Food Lion, and Hannaford. Ahold Delhaize USA operates more than 2,000 stores in 23 states and is No. 10 on The PG 100, Progressive Grocer’s 2021 list of the top food and consumables retailers in North America.