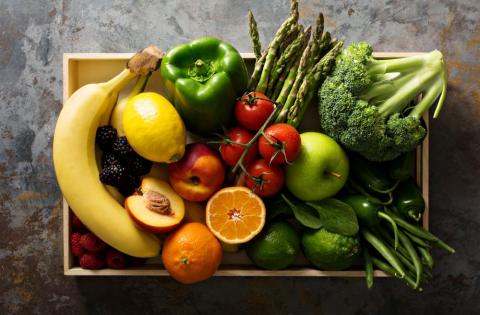 All fresh categories at FreshDirect have grown faster than the company average, with produce up 37%.

Online grocer FreshDirect is providing an early view of grocery, e-commerce and customer trends with the release of its top food predications for 2021. Overall, since consumers are spending more time in the kitchen, FreshDirect sees them gravitating toward more meal solutions and higher-quality products such as premium meats and fresher produce.

“As a leading online grocer, we have a unique and unmatched ability to understand the ever-changing buying habits of our customers. Our view on past orders, as well as those placed in the future, allows us to spot changes in trends quickly and react to them in real time. The rapid increase in demand for online grocery and the boom in home cooking are squarely aligned with what our team of food experts have been seeing firsthand, both early last year and later accelerated by the pandemic,” said Scott Crawford, chief merchandising officer at FreshDirect, which is based in The Bronx, New York. “These were the biggest trends of 2020, which we foresee will continue through 2021, solidifying the dining table as a centerpiece and mainstay of family life.”

This year’s top predictions, which were curated by FreshDirect’s in-house team of food experts, include:

Fresh Seafood: As many restaurants have shuttered, demand for restaurant-quality seafood has increased, indicating people are trying their hand at their favorite dishes. This year will bring increased interest in premium seafood, as well as greater variation in the types of seafood being cooked at home. At FreshDirect, customers can order their favorite fish before it’s caught, and it remains in ideal holding conditions before it’s cut to order and delivered in less than 10 hours from the time it’s packed. Seafood sales (and units) for the food delivery company were up 70% last year over 2019.

Premium Cuts of Meat: Since takeout steak just isn’t quite the same, the demand for premium cuts of meat will continue to rise, with FreshDirect’s meat sales up 63%. This trend is expected to hold steady after the pandemic as consumers realize that they can easily make a top-quality filet mignon or New York strip streak in their own kitchens.

Ordering Fresh Food Online: The pandemic caused many people to try online grocery shopping, both for its ease as well as a fear of leaving home to shop in a traditional retail setting. As consumers still needed to buy regular fruit and vegetable grocery list items, demand for online fresh food skyrocketed. In fact, all fresh categories at FreshDirect grew faster than the company average, with produce up 37%.

The e-grocer predicts customers will continue to order perishable items online in 2021.

Kitchen Creativity: With more time on their hands due to quarantine, consumers are experimenting more in the kitchen. As they get more creative with their cooking, items such as pre-cut fruits and vegetables, meal kits, and exotic spices are flying off the online shelves.

Prepared Meals: While the pandemic has brought increased creativity in the kitchen, it has also caused cooking fatigue. Consumers are increasingly trying more prepared meal options, as pasta entrees prepared in the FreshDirect kitchen were up 178%.

In April 2020, FreshDirect joined forces with New York-based on-site dining management company Restaurant Associates on RA Kitchen, an alliance that expanded FreshDirect’s capacity in the prepared food category, enabling it to serve more customers with a rotating selection of heat-and-eat meals, while bringing furloughed Restaurant Associates employees back to work at a time when the pandemic forced many restaurants to layoff their workers.

Conscious Consumerism: As the general public becomes more in tune with the environmental cost of food waste, consumers are increasingly interested in buying from companies with low food waste statistics. FreshDirect, because of its forecasting process and ability to see orders placed up to a week ahead, generates less than 2% in food waste. According to the online grocer, its food waste is half that of a conventional grocery store (4%-5% range) and a third of that of a fresh-focused grocer (5%-6% range).

On-Demand Delivery: Since more people have tried online grocery shopping during the pandemic, the demand for same-day and on-demand delivery has risen. Online grocery companies are increasingly expanding their options in this category. For example, FreshDirect launched two-hour grocery deliveries in June 2020. Now customers in Manhattan, Brooklyn and Queens can place a same-day order and have their delivery in as little as two hours with FreshDirect Express. FreshDirect will also launch a new micro-fulfillment center in the Washington D.C., metro area in the coming months that will add Express two-hour delivery to its service offering there as well. The online grocer anticipates more customers will make use of on-demand delivery in 2021 and beyond.

Online Grocery: Online grocery shopping has been the biggest trend by far this year, and demand is expected to continue. Throughout the pandemic, many new consumers tried out online grocery services, with the highest growth area being the suburbs — so much so that in August 2020, FreshDirect expanded its suburban delivery capacity to New York state's Westchester County, New Jersey, Connecticut and New York's Long Island. The online grocer’s retention has grown, indicating that many of these new customers have tried the service for the first time and are sticking with it. FreshDirect expects to see additional suburban growth and a surge in online grocery ordering well into 2021.

Launched in 2002, FreshDirect delivers directly to customers throughout seven states in the Northeast. The online fresh food grocerwas acquired by Ahold Delhaize and Centerbridge Partners in early January. FreshDirect retains its brand name and continues to independently operate out of its Bronx facility.

Ahold Delhaize USA, a division of Zaandam, Netherlands-based Ahold Delhaize, is the parent company for Ahold Delhaize’s U.S. companies, consisting of Food Lion, Giant Food, The Giant Co., Hannaford, and Stop & Shop, as well as e-grocer Peapod; Retail Business Services, which provides services to the brands; and Peapod Digital Labs, its e-commerce engine. Operating more than 2,000 stores across 23 states, Ahold Delhaize USA is No. 11 on The PG 100, Progressive Grocer’s 2020 list of the top food and consumables retailers in the United States.