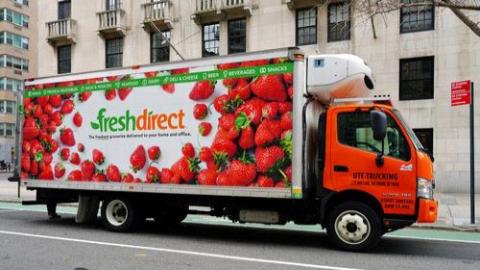 FreshDirect will offer sweepstakes and prizes for both employees and customers.

Online grocer FreshDirect is celebrating 20 years in the business with a series of events and promotions aimed at its workforce and customers throughout the Northeast. The initiative will run from late June until July 11 — the day the company opened for business in 2002.

A “20 Days of Giveaways” program will begin for customers via the FreshDirect website on June 22, as well as an Anniversary Sweepstakes that will award one customer free groceries for a year. Anniversary savings promotions will also be available to shoppers throughout the summer.

“While we are proud to have played an integral role in the defining moments of the online grocery industry over the last 20 years, we are exceptionally proud of bringing families together to create memorable moments over great food,” said Dave Bass, managing director. “We are extremely grateful to our loyal customers, dedicated employees, and supportive community members for their contributions to FreshDirect’s evolution and growth, and we look forward to the next 20 years as we continue to deliver extraordinary quality, value and ease to New York City and beyond.”

A 20th anniversary celebration will be held for employees and their families, and a separate “20 Days of Giveaways” program will be held for workers. According to the company, long-term employees will also be highlighted in an “Employee Spotlight'' social media campaign to acknowledge their commitment and dedication to the organization.

FreshDirect is also committed to the communities it serves, sponsoring the Bronx Night Market, Harlem's Uptown Night Market and the Alexander Avenue Summer Block Party. The company also partners with several organizations to fight hunger, and employees will donate one day per month to support and volunteer at the New York Common Pantry.

Bronx, N.Y.-based FreshDirect delivers directly to customers across seven states, including the New York, Philadelphia, and Washington D.C. metropolitan areas. In January 2021, the company was acquired by Zaandam, Netherlands-based Ahold Delhaize, whose other U.S brands include Stop & Shop, Peapod, Giant, Food Lion and Hannaford. Ahold Delhaize USA operates more than 2,000 stores in 23 states and is No. 10 on The PG 100, Progressive Grocer’s 2022 list of the top food and consumables retailers in North America.