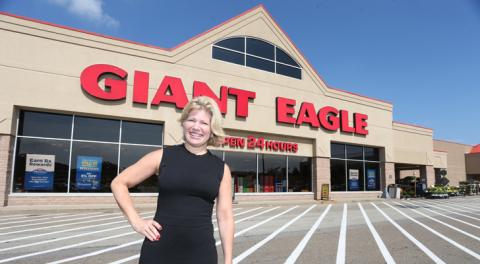 According to Giant Eagle CEO Laura Karet, recent swipe fee increases mean that her company and customers will pay an additional $1.3 million to use Visa and Mastercard.

Laura Karet, president, CEO and executive chair of Giant Eagle and a member of the board of FMI – The Food Industry Association, testified May 4 before a U.S. Senate Judiciary Committee hearing, “Excessive Swipe Fees and Barriers to Competition in the Credit and Debit Card Systems,” highlighting the effect of such fees on her business as well as on the broader food retail industry, and emphasizing the need for more competition in the credit card market.

In her testimony, Karet asserted, “Because of the unilateral fee increases Visa and Mastercard announced on April 22, my company and my customers will be paying an additional $1.3 million just to use their cards.”

Continued Karet: “I believe companies should be able to charge competitive prices for the goods and services they offer, but, from my experience, there is nothing competitive about two companies collectively setting fees that are then charged uniformly by every bank in the country at a rate that ends up exceeding all our business expenses, other than the salaries of our associates and rent.”

FMI also submitted a written statement for the record, in which the Arlington, Va.-based trade organization called for increased credit routing competition in addition to clarification and further revisions to the 2010 debit card reform law known as the Durbin Amendment to Regulation II.

Other retail industry trade groups to submit statements regarding swipe fees to the Senate committee included the National Grocers Association and the National Retail Federation, while Merchants Payments Coalition executive committee member andNational Association of Convenience Stores General Counsel Doug Kantor testified on behalf of those organizations before the committee.

With almost $10 billion in annual sales, Pittsburgh-based Giant Eagle operates more than 470 stores throughout western Pennsylvania, Ohio, northern West Virginia, Maryland and Indiana. Giant Eagle was recently included in Progressive Grocer’s Top 10 Regional Operators to Watch. The company is also No. 37 on The PG 100, PG’s 2021 list of the top food and consumables retailers in North America.