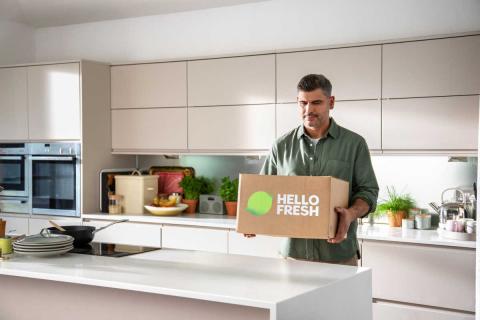 For its second quarter, HelloFresh reported that its active user base rose to just over 4 million customers in the United States.

Meal kit company HelloFresh has assembled the latest data to serve up its second-quarter performance report and short-term outlook. It’s a mixed bag: During a period marked by a surge in inflation, ongoing global geopolitical disruption and still-evolving consumer preferences, Berlin-based HelloFresh reported a revenue high of 1.96 billion euros (nearly USD $1.97 billion), up 16% on a constant- currency basis from the second quarter of 2021, and a decline in adjusted EBITA to 145.9 million euros from 157.8 million euros a year ago.

As another performance indicator, HelloFresh shared that its active user base rose 4.1% on a year-over-year basis to reach 8 million customers worldwide and just over 4 million in the United States. In all, its number of orders reached 32.26 million during the second quarter, up from 30.98 million a year ago; in the United States, orders topped 16.5 million for the most recent three-month period, compared with nearly 15.6 million orders versus the same period last year. In addition, the average order value expanded 11% over the prior Q2.

While it provided financial details, the company also reiterated investments it's making to improve the business, including its infrastructure and efforts to bolster the customer experience

“HelloFresh has seen a strong first half of the year, defying all current e-commerce trends. Even though we’ve been facing a number of macroeconomic challenges, our teams have been able to continue to make significant progress across a number of dimensions. These include progressing investments in production sites and automation, improving productivity across our distribution centers and improving the customer experience by adding more choice, more flexibility and an overall better service,” noted Dominik Richter, CEO and co-founder. “Most importantly, we’ve been largely mitigating inflation effects without passing on the higher costs in full to our customers. Our product offering continues to come at an attractive and competitive pricing and brings additional benefits to our customers, such as having fresh food delivered to their homes, reducing food waste, and taking away the hassle of having to think about what to shop and cook.”

Looking ahead, HelloFresh revealed in its half-year report that it’s satisfied with results for the first six months of the calendar year and shared that, despite an uncertain global economic situation, the company considers itself “in a good position to further expand our global leadership role and progress towards our mid-term strategic targets of 10 billion-euro revenue and an AEBITA margin of at least 10%.”

HelloFresh operates in the United States, the United Kingdom, Germany, the Netherlands, Belgium, Luxembourg, Australia, Austria, Switzerland, Canada, New Zealand, Sweden, France, Denmark, Norway, Italy and Japan. With U.S. offices in New York, Chicago, and Boulder, Colo., the company is No. 50 on The PG 100, Progressive Grocer’s 2022 list of the top retailers of food and consumables in North America.