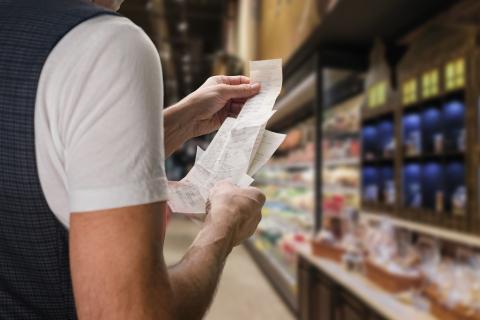 Data and tech firm Numerator found that prices are rising across all categories and channels, with varying impacts on consumers.

As price has crowded out other issues — especially with the latest Consumer Price Index (CPI) government report and concerns about surging food and transportation costs stemming from the war in Ukraine – many researchers are taking a deeper dive into the numbers. For its part, data and tech company Numerator released fresh insights on inflation, confirming that prices are increasing across all channels and categories.

According to Numerator's latest findings, grocery prices in February saw double-digit increases compared to a year ago, up 11.5% from the previous high of 8.7% in January. The biggest hikes are coming from household products, which are 15.3% more expensive than they were a year ago and 24% higher than in February 2020.

Dissecting the data by channel, Numerator found that dollar stores have been impacted the most, with a 14.3% spike in grocery prices over 2021. The online channel, less impacted by inflation in 2021, is also being hit hard now, with prices in that sector up 6.4% compared to this time last year and up 12.4% during the first two months of 2022 alone.

While inflation is reverberating across the omnichannel, it’s being felt in different ways. Minority consumer groups are more affected by rising prices than Caucasian consumers, according to Numerator’s data, which shows that Asian consumers have seen the highest price increases, followed by Hispanic/Latino consumers, Black consumers and Caucasian consumers.

On an age basis, the younger Gen Z group is feeling the greatest price pinch. The research indicates that these younger consumers are paying prices 13.5% higher than they were year ago.

Another firm keeping a close eye on inflationary trends is pricing and assortment data company Datasembly. In its latest research on February shopping behaviors and trends, Datasembly found that grocery price inflation rose to 0.7% in February, with category increases in frozen foods (1.9%), meal solutions (2.1%), condiments and sauces (1.4%) and deli, meat, seafood and snacks, which each went up about 1%.

Datasemby uncovered some interesting geographic-based disparities in pricing. While prices rose in large central urban areas, there were some surprising declines in rural areas. Beverage prices dropped 3.3% in rural areas, compared to a 0.5% increase in metro areas. Prices in rural areas for baking and deli products also decreased, even as as shoppers in larger markets paid more for those items.