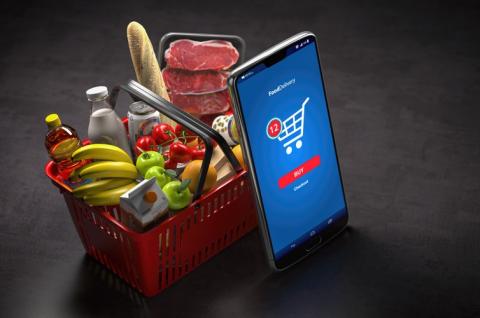 Digital basket size grew in October, averaging one item more than it did in September.

Available on the recently launched Grocery Doppio website, Incisiv and Wynshop have revealed the findings from their "State of Digital Grocery Performance Scorecard: October 2022" report, as well as from grocers' 2023 digital outlook.

For its October Scorecard, Grocery Doppio asked grocers additional questions about their plans for digital growth in 2023. Some of the results include:

"Fulfillment efficiency is clearly a priority for grocery leaders in 2023," said Gaurav Pant, chief insights officer of New York-based Incisiv and Grocery Doppio. "The ability to accurately portray available inventory and get orders quickly and efficiently into the hands of shoppers will be a key competitive differentiator in the coming year."

In regard to digital's performance in October, the latest Scorecard found:

The report also found that the share of grocery pickup sales continues to increase, as total pickup sales grew to $6.3 billion in October, an increase of $0.8 billion over September. The growth extended pickup's lead over delivery as a fulfillment method, giving it a 53.7% share of all digital grocery orders, compared with just 46.3% for delivery.

Meanwhile, third-party provider sales dipped yet again.Digital grocery sales through third-party providers grew by just $0.1 billion from September to October. This resulted in third parties' share of digital declining nearly 2%, from 22.7% in September to 20.9% in October. Third parties' share of market has now lost nearly 7% since Grocery Doppio began tracking it in Q2 2022.

"The data shows with great clarity the shift in grocers' strategies since the pandemic began," noted Charlie Kaplan, chief strategy officer of Miami-based Wynshop. "It is no longer only the largest players leaning into digital. Local and regional grocers have upped their game to compete effectively with third-party providers, and now more grocery shoppers prefer to buy direct."