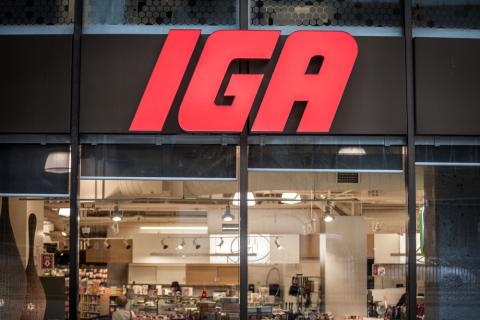 The IGA is the world’s largest voluntary supermarket network, with aggregate worldwide retail sales of more than $36 billion per year.

The Independent Grocers Alliance (IGA) has identified nine of its members as 2023 U.S. Retailers of the Year. “These innovative grocery store operators and their teams are leading the charge to move the independent grocery industry forward and have been nominated by their wholesalers as their top retailers, placing them among the best of the 30,000 independent grocers in the U.S.,” noted the Chicago-based alliance.

The highest honors that IGA bestows upon its members, the Retailers of the Year awards are presented annually to grocers who have best provided leadership and excellence in their communities. This year’s honorees are as follows:

“The 2023 Retailers of the Year exemplify the facets of being a prosperous community grocer that delivers local and fresh products,” said IGA CEO John Ross. “They have also established meaningful relationships within their communities and display outstanding leadership qualities as employers. We are proud to honor them for these achievements.”

Ross, IGA SVP Retail and Business Development Doug Fritsch and National Retailer Advisory Board President and 2020 International Retailer of the Year Bob Rybick will visit each store in January to see for themselves how the retailers interact with their employees, customers and community.

Based on information gleaned during these visits, each IGA USA Retailer of the Year will receive further recognition for their unique accomplishments in such areas as innovation and community service at the IGA Awards of Excellence Ceremony, slated for Monday, Feb. 27, 2023, during The NGA Show. The ceremony will recognize fellow IGA Retailers of the Year from other countries as well as select Red Oval partners and wholesalers. At the event, one of the IGA USA Retailers of the Year will be named IGA USA International Retailer of the Year.

The IGA is the world’s largest voluntary supermarket network, with aggregate worldwide retail sales of more than $36 billion per year. The alliance includes 8,000-plus Hometown Proud Supermarkets worldwide, supported by a network of licensed distribution companies and major manufacturers known as IGA’s Red Oval Family partners. IGA has operations in 46 states and more than 30 countries, commonwealths and territories.

Keene, N.H.-based C&S is No. 17 on The PG 100, Progressive Grocer’s 2022 list of the top retailers of food and consumables in North America, while Grand Rapids, Mich.-based SpartanNash is No. 41 and Providence, R.I.-based UNFI is No. 49 on PG’s list. Hickory, N.C.-based MDI is a subsidiary of Alex Lee Inc., which is also the parent company of Winston-Salem, N.C.-based Lowes Foods and No. 65 on The PG 100. Bowling Green, Ky.-based Houchens and Cheshire, Conn.-based Bozzuto’s are Nos. 72 and 76, respectively, in the ranking.