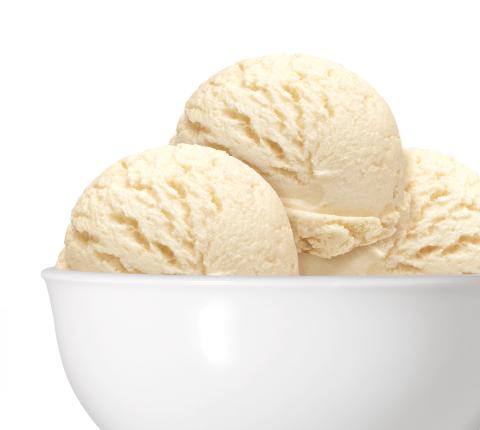 While Americans were celebrating the Fourth of July holiday, embarking on vacations and entertaining at home after two low-key summers, some summertime staples have been pulled from the market. Food safety concerns triggered wide-ranging voluntary and mandated recalls around country.

Officials have traced the source of a Listeria outbreak that has sickened at least two dozen people and linked to at least one death to ice cream produced by Sarasota, Fla.-based Big Olaf Creamery. According to the U.S. Centers for Disease Control (CDC), retailers are advised to pull the products from their shelves and clean and disinfect any equipment “that may have touched Big Olaf ice cream products.” Big Olaf products are only sold in Florida.

For its part, the ice cream maker noted on a July 3 social media post that the cause of the Listeria cases has not been definitely proven. “For now it is only speculation as it is an ongoing investigation, our brand has not been confirmed to be linked to these cases, I am not sure why only Big Olaf is being mentioned and targeted. The original report we got from the Florida Department of Health on Friday July 1, was that there are 23 cases reported, the first one reported was January 2021. Six out of the 23 patients mentioned having consumed Big Olaf ice cream, but nothing has been proven. We have been cooperating with the Florida Department of Health, FDACS and the FDA as soon as we were informed about the situation. We have been transparent and have answered all their questions and provided them with all the information requested from us, as the health and well-being of the public is our first priority.”

Listeria worries also prompted the U.S. Food and Drug Administration (FDA) to announce that A&M Farms of Lyons, Ga., is voluntarily recalling several of its whole Vidalia onions. The affected products, packed between June 20 and June 23, were distributed to Wegmans stores in Massachusetts, Pennsylvania and the Rochester, N.Y., area and were also available for sale at Publix stores in Florida and Georgia. The tainted onions were discovered on a single pack line and no illnesses have been reported thus far.

“The health and safety of consumers are our top priorities here at A&M Farms. We are glad that most of the implicated product never reached stores, but we are focused intently on alerting consumers in those areas that did receive the onions.” said Co-Owner Aries Haygood. “We stopped packing on the implicated line, and I am personally overseeing a full cleaning and sanitation of the equipment and an internal review of our processes.”

Meanwhile, Des Moines, Ia.-based Hy-Vee announced that it is voluntarily withdrawing a popular summer product, pulling all varieties and sizes of its store brand potato salad due to a presumptive positive microbial result on the line that the potatoes were processed on. The recall affects potato salad products with expiration dates ranging between July 31 and Aug. 4 sold in Hy-Vee, Hy-Vee Drugstore, Dollar Fresh Market and Hy-Vee Fast and Fresh convenience stores across the retailer’s Midwest footprint.

According to a release on the Hy-Vee website, the move was made out of an abundance of caution: “While final test results are not expected for approximately 7-10 days, due to the holiday weekend Hy-Vee elected to withdraw all product today from its shelves and service cases pending final test results.”

Another fresh recall has been linked to allergens. Food retailers selling Panera at Home Southwest Corn Chowder should be aware of a voluntary withdrawal from manufacturer Blount Fine Foods. That recall is limited to one SKU of 16 oz. Panera at Home Southwest Corn Chowder cups produced with lot number 042122-2K and a use-by date of June 30, according to an FDA notice. To date, no illnesses or consumer complaints have been reported.

In addition to consumable products, a recent recall has impacted personal care items. Price Chopper/Market 32 announced that it is voluntarily pulling batches of Mount Royal Kids Citrus Foaming Hand Soap because the products might be tainted with the pathogen P. Aeruginosa, a potentially drug-resistant microorganism that adversely affects immunocompromised individuals.

Family-owned Wegmans operates over 100 stores in New York, Pennsylvania, New Jersey, Virginia, Maryland and Massachusetts. The Rochester, N.Y.-based company is No. 34 on The PG 100, Progressive Grocer’s 2022 list of the top food and consumables retailers in North America. Employee-owned and -operated Publix has close to 1,300 supermarkets in Florida, Georgia, Alabama, South Carolina, Tennessee, North Carolina and Virginia. Publix is No. 12 on The PG 100. Employee-owned Hy-Vee has a team of more than 93,000 employees at its more than 280 stores. The West Des Moines, Iowa-based company is No. 30.