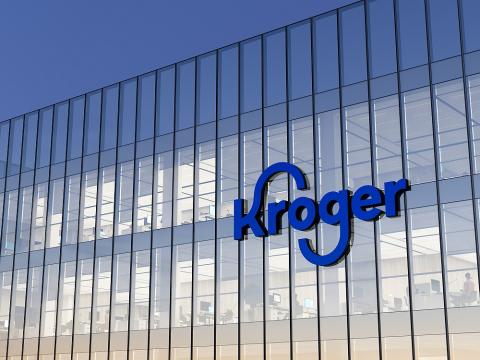 The CEOs of Kroger and Albertsons are slated to be in Washington, D.C., this week to answer questions regarding the companies' potential merger.

The Kroger Co. CEO Rodney McMullen and The Albertsons Cos. CEO Vivek Sankaran are scheduled to go before Congress this week to answer questions regarding the pending merger of the two grocery giants. Sens. Amy Klobuchar (D-MN) and Mike Lee (R-UT) called the hearing on behalf of the antitrust panel of the Senate Judiciary Committee.

"The hearing will examine the impact of the proposed merger of Kroger and Albertsons, the two largest grocery chains in the country," said a statement from Klobuchar’s office.

“As the chair and ranking member of the Subcommittee on Competition Policy, Antitrust, and Consumer Rights, we have serious concerns about the proposed transaction between Kroger and Albertsons,” the senators said in a statement last month. “The grocery industry is essential, and we must ensure that it remains competitive so that American families can afford to put food on the table. We will hold a hearing focused on this proposed merger and the consequences consumers may face if this deal moves forward.”

In October, Kroger said it will acquire Albertsons for $34.10 a share, a total enterprise value of approximately $24.6 billion. The merger would give the companies nearly unprecedented scale and advantages to fend off competition from Walmart, Amazon and other retail giants.

The deal’s value includes the assumption of about $4.7 billion of Albertsons’ net debt, and as part of the transaction, Albertsons will pay a special cash dividend of up to $4 billion to its shareholders. That special dividend was originally set to be paid on Nov. 7, but has been delayed due to a temporary restraining order (TRO) attained by Washington State Attorney General Bob Ferguson.

Additionally, on Oct. 26, California Attorney General Rob Bonta, along with the state attorneys general of the District of Columbia, Arizona, Idaho, Illinois and Washington, sent a letter to McMullen and Sankaran demanding that Albertsons delay the payouts until state attorneys general and the Federal Trade Commission (FTC) complete their review of the proposed merger with Kroger.

According to Albertsons, a hearing on Ferguson’s TRO is now slated to take place on Dec. 9.

“Albertsons Cos. continues to believe that the claim brought by the State of Washington is meritless and provides no legal basis for canceling or postponing a dividend that has been duly and unanimously approved by Albertsons Cos.’ fully informed Board of Directors,” the company said in a statement.

Cincinnati-based Kroger is No. 4 on The PG 100, Progressive Grocer’s 2022 list of the top food and consumables retailers in North America, while Boise, Idaho-based Albertsons is No. 9.