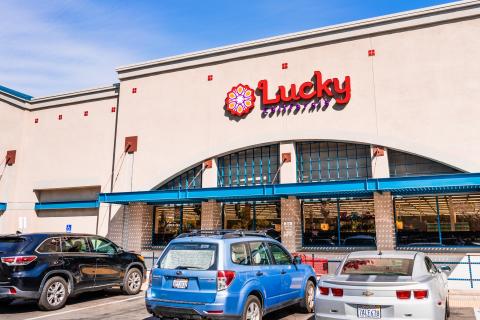 Save Mart confirmed plans to add a new Lucky store in the Bayview area of San Francisco.

It looks like San Francisco is getting a new grocery store run by The Save Mart Cos. According to local media reports, a Lucky store is slated to open in a former Walgreens space at Bayview Plaza in the Bayview-Hunters Point neighborhood.

A company representative told the San Francisco Standard that the project is in the works. “Lucky has recently signed a lease for a vibrant new grocery store in Bayview Plaza. We are in the early stages of preparing for permitting and developing a plan for a Lucky store that will provide the community with convenient access to fresh, quality groceries,” said Bobby McDowell, VP of store operations for Lucky California.

The area has been called a food desert, as some food grocery stores shuttered in recent years. Currently, local food retailers include a Grocery Outlet store and Super Save Supermarket location.

Save Mart's plans for the nearly 10,000-square-foot space include several interior updates. No opening date has been announced.

As it plans an expansion of its Lucky California banner, the retailer has been making other inroads as well. The company recently expanded its autonomous delivery offerings and boosted its partnership with EVgo Inc. to offer onsite fast charging of electric vehicles.

Based in Modesto, Calif., The Save Mart Cos. operates more than 200 retail stores under the banners of Save Mart, Lucky California and FoodMaxx. The company is No. 51 on The PG 100, Progressive Grocer’s 2021 list of the top food and consumables retailers in North America.