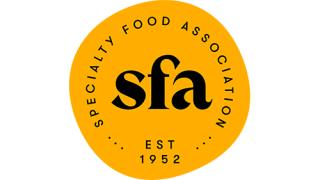 Members of the refreshed board of directors are taking their seat at Specialty Food Association (SFA). Directors were elected during SFA’s annual meeting in late June.

New members elected this year – considered the Class of 2025 – include Jill Giacomini Basch of Point Reyes Farmstead Cheese; Julie Busha of Slawsa; Nona Lim of Nona Lim; Victoria Ho of Sherpa CPG; and Jon Pruden of the Taste Family of Businesses. They will serve a three-year term, from now through June 2025.

The rest of board members are continuing their respective terms. Directors from the Class of 2023 include Tyler Lowell of C.A. Fortune; Sarah Masoni of the Oregon State University Food Innovation Center; and Sarah Wallace of The Good Bean, Inc. Returning from the SFA Class of 2024 board are Charlie Apt of Sarabeth’s Kitchen; Beth Haley of DPI Specialty Foods; Emilio Mignucci of Di Bruno Bros.; Jomaree Pinkard of Hella Cocktail Co.; and Lee Zalben of Peanut Butter & Co.

“The SFA takes pride in engaging the wisdom and expertise of our members,” remarked Laura Lozada, the group’s VP of membership. “Voter turnout was robust around a fair process that creates more opportunity, with a balanced board and a volunteer slate.”

Pruden serves as chair of the current board, with a tenure through 2023. Lim is vice chair, Pierre Abushacra of Firehook Bakery is treasurer and Giacomini Basch is secretary.

In addition to this board slate, Scott Jensen of Rhythm Superfoods LLC was appointed to a one-year term to fill a vacancy, according to the New York-headquartered SFA.

SFA recently wrapped up its Summer Fancy Food Show at the Javits Center in New York City, an event that featured more than 1,700 exhibitors from around the world. 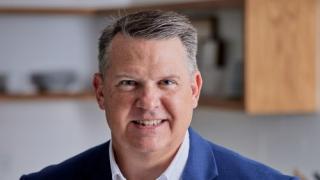 The Giant Co. has named Ted Williams director of non-foods, effective July 5. In this role, he will be responsible for areas like health and personal care, seasonal, general merchandise, pet supplies, candy and baby.

A 30-year industry veteran, Williams previously worked at Ahold USA as a category management business consultant and with Giant Food as the director of retail pricing and the director of grocery category management. Since then, he has been fine-tuning his skills in non-foods with retailers like CVS, Pathmark and Rite Aid. Most recently, Williams served as the COO at HLS-Higher Level Solutions, helping founder-led CPG companies develop their brand while launching into e-commerce and physical retail. 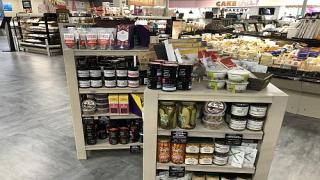 As part of its efforts to find and tout locally made offerings, Hy-Vee, Inc. is hosting its next Best of Local Brands Summit from Sept. 7-9. Working with ECRM and RangeMe, Hy-Vee is again providing suppliers a chance to share their stories during 20-minute online interviews and via free profiles that highlight their products and entrepreneurial businesses.

Interested suppliers can submit their products and information on the RangeMe platform. The interviews will be conducted through ECRM’s Connect platform.

Hy-Vee encourages suppliers with diverse backgrounds, including minority-owned and women-owned businesses, to apply for the quarterly summits. Submissions are being accepted now through July 18 at www.rangeme.com/hyveebestoflocal22q3.

According to Hy-Vee, even if local brands are not chosen to participate in the latest online event, their profiles will still be accessible through RangeMe and may be reviewed by the grocer again in the future.

Hy-Vee started the Best of Local Brands Summit in February 2020 and launched a Pet Products Summit in May, the first category-specific summit. The retailer’s longstanding commitment to sourcing local items also includes the Hy-Vee Homegrown program, through which products grown with 200 miles of a store carry a special Homegrown logo.

Employee-owned Hy-Vee has a team of more than 93,000 employees. The West Des Moines, Iowa-based company is No. 30 on The PG 100, Progressive Grocer’s 2022 list of the top food and consumables retailers in North America. 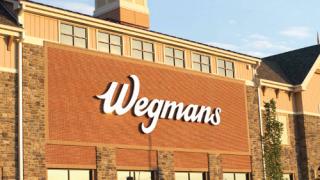 Wegmans Food Markets has agreed to pay $400,000 and upgrade its security practices over a data breach that exposed personal information of more than 3 million consumers nationwide, including 830,000 New Yorkers, according to New York Attorney General Letitia James.

The New York Attorney General indicated that Wegmans kept consumers’ personal information in misconfigured cloud storage containers that were open for years, making it easy for hackers or others to potentially access the information. The compromised data included usernames and passwords for Wegmans accounts, as well as customers’ names, email addresses, mailing addresses and additional data derived from drivers’ license numbers.

“Today, Wegmans is paying the price for recklessly handling and exposing millions of consumers’ personal information on the internet," said Attorney General James. "In the 21st century, there’s no excuse for companies to have poor cybersecurity systems and practices that hurt consumers.”

The grocer is required to pay New York $400,000 in penalties and must adopt new measures to protect consumers’ personal information going forward.

Family-owned Wegmans operates over 100 stores in New York, Pennsylvania, New Jersey, Virginia, Maryland and Massachusetts. The Rochester, N.Y.-based company is No. 34 on The PG 100, Progressive Grocer’s 2022 list of the top food and consumables retailers in North America. 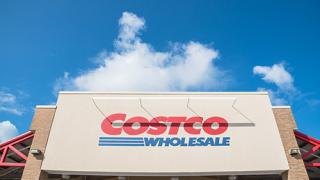 Costco Wholesale Corp. has acquired the 45% minority interest that it did not already own in the Costco-Taiwan joint venture from the company’s long-time joint venture partners. The deal is worth $1.05 billion and is expected to add 1% to 1.5% to Costco’s earnings per share.

The retailer currently operates 14 warehouses in Taiwan, as well as an e-commerce site. Globally, Costco operates 833 warehouses, 574 of which are in the U.S. and Puerto Rico.

In the U.S., Costco recently benefited from increased membership in its third quarter, ended May 8. The company reported membership fee income of $984 million, up $83 million year-over-year. Net sales for the retailer's third quarter increased 16.3%, to $51.61 billion, from $44.38 billion last year.

Issaquah, Wash.-based Costco is No. 3 on The PG 100, Progressive Grocer’s 2022 list of the top food and consumables retailers in North America.

Changes at the Top for Fresh Thyme
link copied 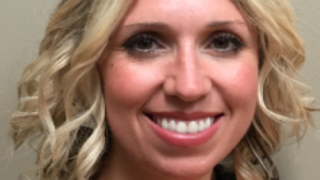 Zolcak joined the specialty retailer in 2020 as VP of operations, overseeing the chain’s 71 stores throughout the Midwest. Her grocery leadership experience includes roles as VP of retail operations for The Kroger Co., division president of Ruler Foods and marketing director for Aldi.

"I am thrilled and humbled to take on this exciting new challenge and to be trusted to lead such an incredible team," Zolcak said. "Gerald and I have been able to accomplish significant wins with the team during our time working together, and I'm looking forward to even more successes ahead."

Melville is wrapping up a notable career in food retailing. Before taking the helm at Fresh Thyme in 2019, he worked as a regional VP at Michigan-headquartered Meijer for nearly a decade. He also held leadership positions with Albertsons Cos. and Supervalu, where he was responsible for functions including store operations, customer service, labor and food safety, among others.

Fresh Thyme continues to expand its presence across its footprint. In late 2021, the grocer opened a new concept store at City Foundry in St. Louis, featuring local, natural, organic food, a full-service café and a self-checkout model.

Downers Grove, Ill.-based Fresh Thyme Market is No. 91 on The PG 100, Progressive Grocer’s 2022 list of the top food and consumables retailers in North America.