Same-day shopping and delivery company Shipt has joined forces with leading home discount retailer Big Lots to offer customers a new way to shop for bargains on home goods, groceries, home decor and more from 1,000 stores across the U.S. The addition of Big Lots is part of Shipt’s strategic growth as a multi-vertical marketplace. The company currently offers same-day delivery for everyday essentials from 160 retailers.

“We often say we bring the store to your door, and we’re taking that even further with the addition of Big Lots’ robust assortment of home goods, groceries, apparel, beauty products, everyday essentials and even small furniture to Shipt’s marketplace," said Rina Hurst, Shipt’s chief business officer. "This partnership builds upon our efforts to make Shipt a one-stop shop for all the shopping needs of our customers.”

The partnership between Shipt and Big Lots shows how stores can leverage various solutions across their fulfillment strategies. Shipt’s same-day services will support the delivery of all mid- and small-sized goods, including toys, paper products, and small furniture like chairs and desks, while supplementing the mass retailer’s existing curbside, buy-online-pickup-in-store and same-day operations for bigger items like large indoor and patio furniture.

As of July 7, customers can place orders from more than 1,000 Big Lots stores nationwide, powered by Shipt’s community of 300,000 personal Shipt Shoppers.

Based in Birmingham, Ala., and operating an office in San Francisco, Shipt is an independently operated, wholly owned subsidiary of Minneapolis-based Target Corp., which operates nearly 2,000 stores and is No. 6 on The PG 100, Progressive Grocer’s 2022 list of the top retailers of food and consumables in North America. Columbus, Ohio-based Big Lots, with 1,438 stores in 47 states, is No. 52 on PG’s list. 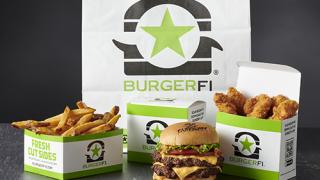 Quick-commerce platform Gopuff and premium fast-casual concept BurgerFi plan to expand the delivery of BurgerFi items via Gopuff to customers nationwide, following a successful pilot program in Tallahassee, Fla. In the next few months, Gopuff will begin delivering fresh-made BurgerFi burgers and fries to customers in more than a dozen cities, among them Miami, New York, Nashville and Gopuff’s hometown of Philadelphia.

“The synergy between BurgerFi and Gopuff remains unrivaled, and the continuation of this partnership is a natural next step in raising the bar for our guests who value convenience and delivery,” said Ophir Sternberg, executive chairman of North Palm Beach, Fla.-based BurgerFi, which operates 116 BurgerFi restaurants domestically and internationally.

Following a 90-day pilot in which BurgerFi’s “Fi on the Fly” food truck was parked outside of a Gopuff location in Tallahassee, the new agreement will fully transition operations, food prep and distribution to Gopuff’s local teams and facilities. BurgerFi products will soon be available for delivery from 30-plus Gopuff Fresh Food Halls across the U.S., including in locations where no other BurgerFi restaurant exists, instantly expanding BurgerFi’s national presence by leveraging Gopuff’s local logistics network, teams and infrastructure.

“Having seen how much Gopuff customers in Tallahassee loved accessing BurgerFi for delivery, we look forward to expanding our partnership to bring their delicious, fresh and quality food to more customers in minutes,” said Amelia Riba, VP Kitchens at Gopuff. “With our nationwide infrastructure, trained teams, and control over inventory and cooking prep, we have the ability to truly partner with restaurants like BurgerFi to curate menus and help them reach more customers instantly – without putting added stress on their restaurants for delivery. As we continue to build out the Fresh Food Hall offering, we are thrilled to be able to deliver BurgerFi food alongside thousands of everyday items we bring to our customers daily.”

BurgerFI products available to order via Gopuff will include: A-Grade burgers in Ultimate Bacon Burger and BurgerFi Cheeseburger varieties (both available in Junior sizes) and seasoned fries. 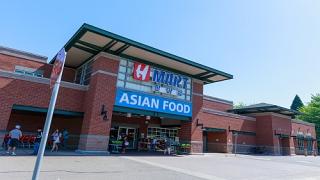 H Mart is on the move, with two new locations on opposite sides of the country. The Asian grocer is saying "Aloha" to customers in Hawaii at its latest store at 850 Kamehameha Hwy.in Pearl City, set for a July 22 grand opening. Later this month, another H Mart will welcome shoppers at 101 Falls Blvd. in Quincy, Mass.

While those two marketplaces are quite different, the H Marts will provide a similar shopping experience with an array of fresh produce, meat, seafood, Asian groceries and housewares. There is one other H Mart in Hawaii and two other H Marts in Massachusetts.

H Marts are also known for their in-store food hall, dubbed the Market Eatery. Here, customers can order dishes from specialty vendors, such as Korean fried chicken, dumplings and shrimp tempura, among other offerings. Shoppers can also imbibe adult beverages at the bar or satisfy their sweet tooth with pastries or flavored ice.

To celebrate the grand openings in Pearl City and Quincy, H Mart is giving away Thermos mugs and face masks to customers who sign up for a rewards card. In addition, shoppers who buy more than $30, $60 or $90 are eligible for one, two, and three gifts, respectively.

Both new stores are working on staffing up their operations, seeking new employees across all departments.

According to the company website, other stores are in the works for Irvine, Calif., and Roosevelt, N.Y.

Great Lakes Foods, a wholesaler of food and nonfood products to independent supermarkets and convenience stores in Michigan, Wisconsin and Illinois, has selected eGrowcery, developer of a retail food industry e-commerce platform, to provide online sales and fulfillment solutions to its retail partners. The first operators are expected to deploy the system later this year.

“We needed to provide our retail partners with e-commerce technology that makes it as easy for them to engage with their shoppers online as it is in the store. The eGrowcery solution provides them with everything required to start and operate an exciting website that will help retain existing shoppers and attract new ones,” said Tom Jushka, president of Menominee, Mich.-based Great Lakes Foods.

Great Lakes Foods chose eGrowcery because of the simple integration of the solution with current point-of-sale (POS) technology and its ability to work with all store sizes and delivery services, which is especially important for retailers in the Upper Peninsula of Michigan.

“Our solution will help Great Lakes’ retailers compete more effectively with the other stores in their markets at a very reasonable cost. We’re committed to giving retailers all the tools they need, including marketing support and training, to make each deployment a great success," said Patrick Hughes, CEO of Birmingham, Mich.-based eGrowcery.

eGrowcery, which operates both in the United States and abroad, is working with a growing number of retailers and wholesalers to help them establish a store-branded e-commerce experience in which they control the shopper data. Its end-to-end, omnichannel solution integrates with back-office/POS while enabling retailers to personalize their own shopper experience. 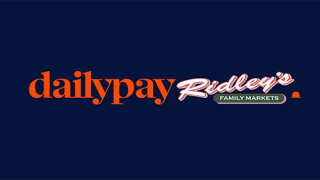 Ridley’s Family Markets, an independent chain of grocery stores in the Intermountain West, has teamed with DailyPay, a provider of on-demand pay. Using DailyPay, the grocer’s employees have access to their pay as they earn it and can pay bills, spend, save or invest on their own schedules.

“As a family-owned company, Ridley’s is always looking for opportunities to improve the benefits we offer our team that work so hard to make the company successful,” said Ridley’s founder Anita Ridley. “Being able to give everyone on our team access to their earned wages quickly and on the terms that work best for them fits in perfectly with our philosophy of putting our team members first.”

Companies leveraging DailyPay as part of a financial wellness benefits package can retain employees 73% longer, according to a study commissioned by DailyPay. In fact, a survey conducted by DailyPay found that 78% of DailyPay users said that they’re avoiding late fees, 74% said that their financial stress is reduced and 59% said DailyPay motivates them to go to work.

Ridley’s is among the latest grocer to implement DailyPay. Other retailers to roll out the company’s solution include Coborn’s, Dollar Tree, Big Lots and Kroger. DailyPay has its headquarters in New York City, with operations based in Minneapolis. 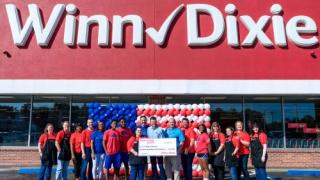 Southeastern Grocers, Inc. is donating more than $1.25 million to the Folds of Honor organization. The retailer’s recent register campaign benefited the nonprofit group that provides educational scholarship to the children and spouses of fallen and disabled U.S. service members.

Between May 25 and July 5, shoppers at Southeastern Grocers-owned Fresco y Más, Harveys Supermarket and Winn-Dixie stores gave $1, $5 or a donation of their choice at the register or online to demonstrate their support for military heroes and their families. All monies raised go directly to Folds of Honor.

On "Military Mondays" throughout the six-week effort, the SEG Gives Foundation matched in-store donations from the previous weekend, tallying $300,000 on those designated days alone. The retailer kicked off the campaign before Memorial Day with an initial commitment of $100,000 from its foundation.

“We are proud to stand shoulder-to-shoulder with Folds of Honor in support of our American service heroes, and we are grateful for our generous associates, customers and neighbors who donated in honor of those who fought for the freedoms Americans cherish most," said Southeastern Grocers President and CEO Anthony Hucker. "We believe it is our responsibility to elevate those they left behind who carry the burden of loss every day – because military families serve too."

“Thanks to the support of this campaign, more than 1,350 lives have been changed over the last five years,” said Lt. Col. Dan Rooney, CEO and founder of Folds of Honor.

Jacksonville, Fla.-based Southeastern Grocers is one of the largest conventional supermarket companies in the United States, with grocery stores, liquor stores and in-store pharmacies serving communities throughout Alabama, Florida, Georgia, Louisiana and Mississippi. The company is No. 39 on The PG 100, Progressive Grocer's 2022 list of the top food and consumables retailers in North America.