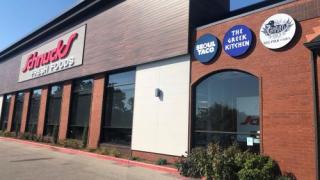 A new dining concept called Oh Hey! Barbecue is coming to a Schnuck Markets, Inc. location in Kirkwood, Mo. The to-go and counter service restaurant is being brought to Schnucks by St. Louis mainstay Salt + Smoke and will be part of the grocer’s newly remodeled food hall.

Salt + Smoke owner Tom Schmidt wanted to bring Schnucks customers the opportunity to pick up their favorite dishes while shopping and also offer people on their lunch break a chance to grab a quick bite.

“We’re humbled and thrilled to be partnering with Schnucks, alongside some of our favorite restaurants in the city,” said Schmidt. “With Oh Hey! Barbecue, we’re going to bring St. Louisans their familiar favorites from Salt + Smoke, like our smoked brisket and white cheddar cracker mac, but we’ll be adding new items like onion rings and baby back ribs and offering new versions of our famous sides.”

The concept joins other local restaurants Seoul Taco and The Greek Kitchen in the food hall, which opened in 2021 and offers each restaurant partner a small service counter and common seating and dining area.

“We welcome Oh Hey! Barbecue to our store and to the Kirkwood community – a city that we have served for nearly 70 years,” said Eric Pritchett, Schnucks Kirkwood store manager. “Our communities depend on local businesses, and they, in turn, depend on Schnucks, and that’s why we continue to partner with local restaurants, farmers and vendors to support the best the Midwest has to offer and provide these products to our customers.”

St. Louis-based Schnucks operates more than 110 stores in Missouri, Illinois, Indiana and Wisconsin, and employs 12,000 associates. Schnucks is No. 64 on The PG 100, Progressive Grocer’s 2022 list of the top food and consumables retailers in North America. 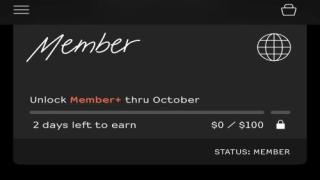 Foxtrot, the all-day café, corner store and delivery market, is enhancing its e-commerce capabilities. The Chicago-based chain announced this week that it is updating its app and launching a new loyalty program. Aptly called Membership, the program includes early access to new products, monthly drinks at Foxtrot’s cafes, free popcorn after 4 p.m. and savings on items like wine and coffee, among other amenities. Users can also shop from a new collection of Foxtrot merchandise, made exclusively for members.

“Members always get the first taste on what we’re working on, and the perfect bite,” the company noted in a message to shoppers.

The program is an update of Foxtrot’s previous Perks system. Perks members will automatically get Member+ status for the first month and enjoy benefits like free delivery and $1 coffee.

Foxtrot continues to build seamless operations between its app and physical stores that are cropping up in metro areas around the country, including Chicago, Washington D.C. and Dallas. Earlier this year, the upscale hybrid grocery announced that it plans to open 50 new stores between now and 2024.

Tech company Quotient is widening its capabilities, adding promotions to its omnichannel measurement offerings. By combining promotional and media results, marketers can get a bigger-picture look at the impact of their efforts with media such as digital out-of-home, sponsored search and on- and offsite display.

The closed-loop measurement solution is designed to help companies connect with consumers who are now browsing and buying across multiple touchpoints in their shopping journey. Users can also get a more streamlined view of attributable dollars, without having to double count shoppers’ spend across marketing channels, the company reported.

“As retail media networks continue to transform the advertising landscape and boost retailers’ bottom lines, the wider industry is grappling with the differing measurement solutions found across mediums,” explained Matt Krepsik, CEO of the Salt Lake City, Utah-based Quotient. “With this in mind, we’re thrilled to be launching a solution that enables our clients to maximize their return on investment. Consumer shopping behaviors are constantly changing, and the latest addition to our omnichannel measurement capabilities aims to help brands better understand promotions and media together.”

Global CPG company Danone is one Quotient user. “It would be beneficial to be able to merge our media and couponing on the same reporting portal to make it easier to compare apples to apples and see the best optimizations,” noted Mary Kate Kaufman, Danone’s associate manager of consumer promotions.

This is the latest advance from Quotient. Earlier this year, the company launched in-flight reporting across media channels. That solution is available on-demand to clients via self-service. 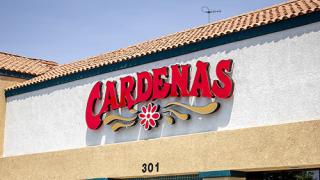 Cardenas Markets has introduced two-hour same-day grocery delivery via Amazon, serving customers in the California communities of Indio, Pomona, Murrieta and Pittsburgh, as well as in Las Vegas. To celebrate the new offering, Cardenas and Amazon are offering a 15% off $50 promotion for new customers.

“This new offering with Amazon demonstrates Cardenas Markets robust e-commerce efforts, and in the coming months this offering will be available in more locations throughout our geographical footprint,” said Adam Salgado, chief marketing officer at Cardenas. “We are consistently looking for ways to make the Cardenas Markets shopping experience even more convenient and accessible for our customers.”

Cardenas delivery is available through the Amazon.com shopping app or at www.amazon.com/cardenas for a flat delivery fee for Prime members. 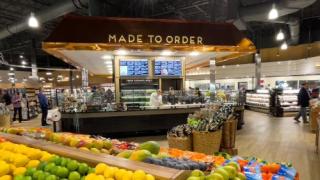 Specialty retailer The Fresh Market, Inc. will host several national hiring events throughout October. Walk-in interview days will occur every Wednesday (Oct. 5, 12, 19 and 26) and Saturday (Oct. 1, 8, 15, 22 and 29), with the goal of adding 1,600 team members and creating jobs in the 22 states where the grocer is located — approximately 10-15 jobs per store.

All departments are hiring, including deli, meat-seafood, bakery, and center store areas, produce-floral, front-end, and more.

According to the retailer, most entry-level team member positions do not require earlier experience and all associates can take advantage of a 30% discount every day, along with other benefits like flexible schedules;401K with company match; career growth opportunities; and a diverse and inclusive work environment. Full-time team members receive paid time off and are eligible for medical, dental, vision and life insurance for themselves, spouses and family members.

Interested applicants can apply at one of the company’s 160 stores during the events or can learn more, search open jobs or apply online anytime at jobs.thefreshmarket.com.

Greensboro, N.C.-based The Fresh Market is No. 78 on The PG 100, Progressive Grocer's 2022 list of the top food and consumables retailers in North America. 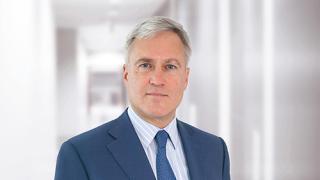 Ahold Delhaize’s supervisory board has revealed its intention to propose the reappointment of Frans Muller as the company’s president and CEO and member of the management board. The proposal will be made at the retail conglomerate’s annual general meeting of shareholders on April 12, 2023.

“We are delighted that Frans will continue as president and CEO of Ahold Delhaize, subject to shareholder approval,” said Peter Agnefjäll, chair of the company’s supervisory board. “Since he started in this role in July 2018, the company has continued to build on its strengths. Under Frans’ leadership the Leading Together strategy was introduced, which increased its ability to better serve its customers.”

Added Agnefjäll: “Frans and the executive team he built have demonstrated the long-term validity of their strategic choices, delivering solid financial results. From this basis, the company is able to contribute positively to communities and address the challenges facing our society, like keeping healthy and sustainable food affordable.”

“I am grateful for the nomination and would be honored to continue to lead Ahold Delhaize, together with the executive committee colleagues, our great local brands and caring associates, making sure we support our communities and deliver on our purpose of helping our customers eat well, save time and live better,” said Muller.

Ahold Delhaize USA, a division of Zaandam, Netherlands-based Ahold Delhaize operates more than 2,000 stores across 23 states under the Food Lion, Giant Food, The Giant Co., Hannaford, and Stop & Shop brands and is No. 10 on The PG 100, Progressive Grocer’s 2022 list of the top food and consumables retailers in the United States.