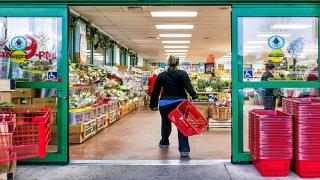 Consumers on the path to discovery at Trader Joe’s can once again get a taste of products that pique their interest. According to the latest “Inside Trader Joe’s” podcast, the pandemic-related hiatus on sampling is over.

“Demo is back!” asserted company crew members during the podcast episode.  The podcast was recorded during the recent Captains Meeting of store leaders held in Los Angeles.

Going forward, sampling at Trader Joe’s stores will take a different tack.  “We want to focus a little more on new products. Things not necessarily on your shopping list, but things we’re excited to share,” noted Matt Sloan, VP of marketing at the grocer.

A store leader named Ken from the Trader Joe’s in Somerville, Mass. explained the approach in more detail: “I think one of the hardest things is we have all these new products that we can talk about with our customers, but we want our customers to try it … I think demo is kind of that next shared experience with food, and in our culture, food is everything.”

Also during the Captains Meeting, winners of the Trader Joe’s Golden Potsticker awards were revealed. The award recognizes locations and crews that exhibit strong connections with their customers and neighborhoods – in other words, stores that are especially nice. Winners include Store 5-5-9 in Staten Island, N.Y.; Store 5-7-1/Bridgemarket in New York City; and Store 5-5-2 in Oceanside, N.Y.

With more than 500 stores in 40-plus states, Monrovia, Calif.-based Trader Joe’s is No. 27 on The PG 100, Progressive Grocer’s 2022 list of the top food and consumables retailers in North America. 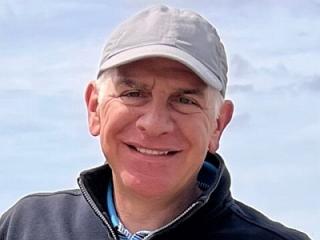 Pete and Gerry's Organics LLC is bringing on a seasoned CPG executive as its new CEO. Tom Flocco, most recently the president and COO of Utz Brands, is taking the reins of the Monroe, N.H.-based organic, free-range and pasture-raised egg provider.

Flocco’s 35-year background in the CPG industry and other sectors also includes a stint as president and CEO of distilled spirits company Beam Suntory. In addition, he is chairman of Everglades Boats and was a partner at McKinsey & Co. in its consumer practice.

“We are thrilled to have Tom join Pete and Gerry's leadership team as CEO. Tom is an impressive executive with a wealth of experience across food and consumer businesses that will help us accelerate the company's growth and further its mission,” noted Adam Waglay, co-founder of Los Angeles-based Butterfly Equity, which holds a majority interest in Pete and Gerry’s.

Flocco, who started his career at Procter & Gamble, said that he is looking forward to guiding Pete & Gerry’s at a time increased consumer interest in such products. “Pete and Gerry’s is a pioneer in the premium egg category, with tremendous growth potential as consumers demand more nutritious, sustainable and humanely raised eggs. I look forward to working with our team members, our family farmers and our customers to continue on this incredible journey,” he observed. 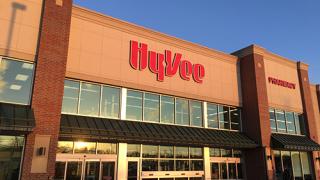 In honor of National Gluten-Free Awareness Month, Hy-Vee’s registered dietitians will offer a variety of programming throughout October that focuses on living a gluten-free lifestyle. Among the events available to customers are a gluten-free health fair, store tours and virtual freezer meal workshops.

Scheduled for Oct. 15 at more than 100 participating Hy-Vee stores, the free in-person health fair will offer gluten-free product and health service resources, as well as samples and coupons from event sponsors. The on-demand virtual store tour will cover the basics of gluten-free eating, shopping tips and product recommendations in both English and Spanish.

Complimentary Wellness Wednesday classes will also be offered each week in October, with topics including Fall Pasta: Dairy-Free Edition, Love Your Lunch, Spooky Snacks, and Allergy-Friendly Sweet Trick or Treats.

Employee-owned Hy-Vee operates more than 285 retail stores across eight Midwestern states and has a team of more than 93,000 employees. The West Des Moines, Iowa-based company is No. 30 on The PG 100, Progressive Grocer’s 2022 list of the top food and consumables retailers in North America. 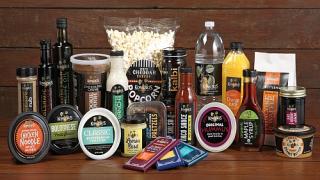 The waning of the pandemic means that many in-store tasting experiences are back. Kowalski’s Markets, in the Minneapolis-St. Paul area, is celebrating A Taste of Kowalski’s on Oct. 15 between 11 a.m. and 2 p.m.

At this in-store event, shoppers can check out the latest additions to the regional grocer’s private label line and sample an array of store-brand favorites. Kowalski’s will also share recipes using private label and other products.

Operating 11 stores across the Twin Cities, Woodbury, Minn.-based Kowalski’s was founded in 1983 by Mary Anne and the late Jim Kowalski, and is currently run by Mary Anne and her daughter, CEO Kris Kowalski Christiansen. It’s the only grocery store in the area with a department devoted to gifts. 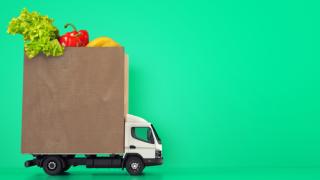 DispatchTrack, known as a global leader in last-mile delivery solutions, has launched artificial intelligence (AI)-powered carbon emissions tracking to help companies meet their supply chain sustainability goals. Available as a feature in the DispatchTrack routing console, CO2 tracking enables companies in any market to better understand their existing carbon output on a per-route, per-stop and per-vehicle basis; optimize routes to reduce CO2 output; and gather data to illustrate the impact of their sustainability initiatives.

Fuel consumption in last-mile delivery is one of the largest contributors to emissions in the modern supply chain, as well as one of the greatest costs for delivery companies. Using DispatchTrack’'s AI-powered route optimization engine, companies can discover green delivery options that leverage the most efficient routes with fewer miles driven and less fuel used. By taking into consideration all of a day’s stops and shortening the total distance that drivers have to travel to fulfill their orders, DispatchTrack says that it can help last-mile delivery companies reduce fuel consumption across their fleet by at least 10%.

DispatchTrack’s new CO2-tracking feature can be added to a customer’s existing DispatchTrack portal. Emissions data is included within routing and reporting screens, allowing users to visualize carbon emissions for each stop, and will dynamically update as routes are changed — all based on configurable emissions expectations according to different vehicle and load types.

“With the industry’s first AI-based CO2-tracking capabilities, we’re helping our customers double down on their net-zero commitments and achieve their sustainability goals,” said Satish Natarajan, co-founder and CEO of Campbell, Calif.-based DispatchTrack. “By providing visibility into their carbon footprint and route optimization powered by AI, DispatchTrack is helping our customers reduce their emissions with confidence and become even more competitive.” 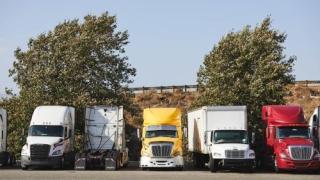 Produce shipping is about to be transformed thanks to a partnership between cloud-based software company Procurant and Uber Freight. The companies are rolling out an innovative shipping option for retailers and suppliers of fresh produce that promises to offer relief to the grocery industry.

The Procurant Ship feature allows produce suppliers with a Procurant account to view a competitive transportation rate and secure shipment of a specific load while responding to an active purchase order. This will provide immediate access to available quality carrier capacity to help streamline carrier selection and provide real-time, in-transit visibility.

“This partnership is a game-changer for grocery retailers and their produce suppliers, and it will bring much-needed relief to an industry struggling with rising transportation costs and truck availability,” said Eric Peters, CEO of Watsonville, Calif.-based Procurant. “With this partnership, we move one step closer to a more cost-effective and streamlined fresh food supply chain.”

According to Matt Menner from San Francisco-based Uber Freight: “It’s imperative that produce suppliers are able to reliably source cost-effective, safe and reliable transportation services. And as freight rates [remain] volatile, new technologies can help suppliers ensure food stays fresh and arrives on time. Through this exciting partnership with Procurant, we enhance the resilience of produce supply chains by reducing waste, keeping costs down, moving produce more efficiently, and ultimately better supporting the communities we serve."