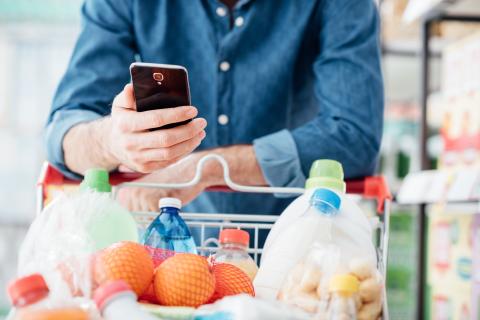 The grocery market may be rapidly changing, but that doesn't mean that shoppers only want fast delivery.

Consumers may not be in such a rush to get their groceries, especially at a time of inflation-driven belt tightening. According to a new report from digital commerce solutions company Stor.ai, less than 2% of U.S. adults say they are “very likely” to shell out premium fees for ultrafast delivery.

As the rapid delivery market shakes out after a flurry of investment, this research bolsters the case that the market for 15-minute-or-less delivery is small. Among other findings, Stor.ai’s survey revealed that 57.5% of respondents are not willing to pay a premium for ultrafast service.

That doesn’t mean that shoppers in this country are not engaged in the omnichannel. According to the report, 26.9% of shoppers indicated that they would be more likely to use online delivery platforms if the user experience was improved. In addition, nearly a quarter (22%) believe the greatest inconvenience when using an online grocery delivery platform is items being out of stock. “Retailers can address consumers’ concerns around this issue by introducing more sophisticated picking applications that enable stores and MFCs [micro-fulfillment centers] to identify appropriate replacements in real-time,” Stor.ai’s analysts point out.

As interest flags in the ultrafast space and consumers demonstrate a willingness to shop online in a convenient way, Stori.ai’s research affirms that the much-talked-about hybrid model is indeed becoming more entrenched. According to the latest survey, around half of shoppers are hybrid shoppers, while 37.2% shop entirely in store and only 2.6% report that they only use online services for all of their grocery shopping.

At a time when inflation and out-of-stocks are common bugaboos among customers, Stor.ai’s report underscores the importance of focusing less on speed and more on competitive prices and shopper experiences.

“Grocery shopping is undergoing an era-defining transition. During the pandemic, the widespread lockdowns and health concerns prompted many consumers to switch to online shopping,” remarked Mendel Gniwisch, CEO of Stor.ai. “In an age of instant gratification, there is a common misconception that shoppers crave speedy deliveries; instead, this report has demonstrated that customers prioritize fulfillment. Grocery retailers today need to focus on the convenience and simplicity that characterize online shopping at its best, and fuse these characteristics with the experiential peaks of in-store shopping, especially at local establishments. Simultaneously, retailers need to find ways to implement this hybrid offering to boost their bottom lines and secure a profitable future for their business.”

To Gniwisch’s point, shoppers appreciate having the choice of hybrid shopping at both large and smaller stores that they like to support. Stor.ai’s research found that 58.2% of U.S. consumers agree that there is value in keeping small, local grocers functioning. Only 5% of respondents disagreed with that statement.