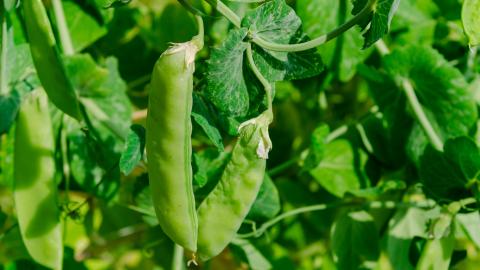 PCC first introduced its Organic Producer Grants in 2019 to help local Washington state farms with such projects as transitioning a conventional farm to organic certification.

“We know today that organic production protects local ecosystems, farmworkers, and is healthier for communities,” said Aimee Simpson, PCC’s senior director advocacy and environmental, social and governance. “That said, we also recognize how labor- and cost-intensive it can be to achieve and maintain organic certification. That’s why we believe it’s so important to support small farms as well as larger businesses in Washington state with their mission to feed our local communities with organic food.”

PCC first introduced the grants in 2019 to help local farms with such projects as transitioning a conventional farm to organic certification. With funding from a grant, recipients can work on a range of efforts, among them enhancing soil health and soil carbon sequestration, and improving sustainability, efficiency, effectiveness or performance through the purchase of equipment, tools and facility improvements. In reviewing applications, PCC’s grant committee sought to benefit historically marginalized or underserved communities and people.

“I was raised in an agricultural family in Mexico, and when I moved here and took my first job, I was frustrated by all the chemicals I saw being sprayed on the plants,” noted Pablo Silva, of Silva Family Farm in Oak Harbor. “We’re so grateful to partner with PCC to ensure we can continue to grow our plants organically with improvements to our small organic farm like the addition of a cultivator to control weeds without the need for plastic mulch – improving our yield by limiting the amount of hand-weeding we need to do.”

A certified organic retailer and the nation’s largest community-owned food market, with an active membership of more than 100,000 members, Seattle-based PCC operates 16 stores in the Puget Sound area, including the cities of Bellevue, Bothell, Burien, Edmonds, Issaquah, Kirkland, Redmond and Seattle. The Seattle stores are in the neighborhoods of Ballard, Central District, Columbia City, Downtown, Fremont, Green Lake, View Ridge and West Seattle. The co-op also plans to open a new store in Madison Valley.