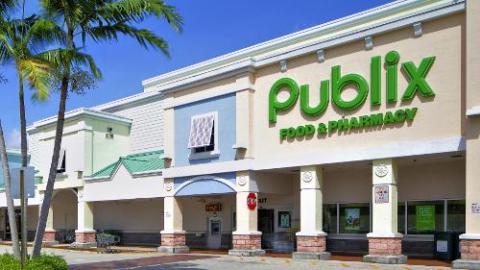 Publix Super Markets has long been known for its outstanding customer service, which is the reason that the retailer is the lone grocery retailer on Newsweek’s overall top 10 list of 2020 America’s Best Customer Service.

Newsweek partnered with global data-research firm Statista for its second annual report, which recognizes 480 companies in 160 retail categories. This is the first year, however, that Newsweek and Statista issued an overall top 10 list, which recognizes Disney Cruise Line as No. 1.

“Some companies are particularly good at nurturing their relationships with customers,” Nancy Cooper, global editor in chief of Newsweek, wrote in an introduction to the report. “And even as more and more retail jobs become automated, treating consumers well is still a key factor in business success.”

In the Brick and Mortar Retailers: Food, Health and Beauty category, Lakeland, Fla.-based Publix was No. 1 under Supermarkets, with a 9.01 score (out of 10). Rochester, N.Y.-based Wegmans Food Markets was a close second (8.99), and Monrovia, Calif.-based Trader Joe’s was third (8.95). These three retailers have also garnered a fine reputation for their private label products.

Issaquah, Wash.-based Costco Wholesale was No. 1 in the Superstores and Warehouse Club Stores section, also part of the Brick and Mortar Retailers: Food, Health and Beauty category, with a score of 8.75. Grand Rapids, Mich.-based Meijer was second (8.48) and Westborough, Mass.-based BJ’s Wholesale Club was third (8.24).

In the Online Retailers: Food, Health and Beauty category and under Groceries, chicago-based Peapod, which operates under Salisbury, N.C.-based Ahold Delhaize USA, was ranked first, with a 8.41. score. Seattle-based AmazonFresh was second (8.38), and New York-based Boxed came in third (8.05).

The 2020 America’s Best Customer Service rankings were identified from the results of an independent survey of more than 20,000 U.S. customers, who either made purchases, used services, or gathered information about products or services in the past three years. Customers evaluated several brands; in total 115,115 evaluations were collected. The awarded brands each received, on average, close to 100 evaluations from customers in July and August.

These supermarkets are also all on Progressive Grocer’s 2019 Super 50 list of the top grocers in the United States. Publix is No. 5, Wegmans is No. 16 and Trader Joe's is No. 10. Meijer comes in at No. 7, while Ahold Delhaize USA is No. 4 and Amazon (as Whole Foods Market) is No. 10.