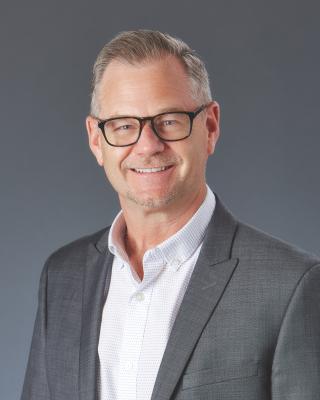 After nearly four and a half decades of employment, Raley’s COO Kevin Konkel will retire, effective Jan. 7, 2022.

Konkel started with the Bel Air organization in 1978 as a bagger. He joined Raley’s upon the acquisition of Bel Air Markets in 1993. Konkel advanced through the larger Raley’s organization from holding store roles to becoming a district leader to leading the remote market in New Mexico to finally moving to the Support Center. He held senior roles in sales and merchandising, store operations, and marketing before becoming a key member of the executive leadership team in his role as COO.

“Kevin is the epitome of a ‘service leader.’ His knowledge, professionalism and leadership have been a source of stability and inspiration. Kevin is far more than just a business leader; he is a kind and thoughtful person who treats all people with respect and grace. He has been a source of trust and hope for the people of Raley’s,” said Keith Knopf, Raley’s president and CEO. “After 44 years, he is leaving our organization an even stronger and better place than it would have been otherwise.

“On behalf of our owner, board of directors, executive leadership team and myself, we want to express our heartfelt gratitude and appreciation for Kevin’s leadership and contribution,” added Knopf. “We wish he, Lynette and their family the very best in this next chapter.”

In other company news, Raley’s recently revealed that it was acquiring Bashas’ Family of Stores. In a joint video presentation held on Oct. 1 Edward “Trey” Basha, president and CEO of Bashas’, and Knopf told Bashas’ employees that the company’s store banners, employment and operations in Arizona would continue without change or interruption.

According to the companies, “The agreement brings together two leading grocers with rich legacies and shared values: employee achievement, exceptional customer service and a deep commitment to local communities.”

Raley’s will share a series of leadership changes in the weeks and months ahead.

Privately owned and family-run Raley’s operates more than 120 stores under six banners: Raley’s, Bel Air Markets, Nob Hill Foods, Raley’s O-N-E Market, Food Source and Market 5-ONE-5, with approximately 13,000 employees across California and Nevada. The West Sacramento, Calif.-based company is No. 61 on The PG 100, Progressive Grocer’s 2021 list of the top food and consumables retailers in North America.Bashas’ Supermarkets Inc. is a family-owned company based in Chandler, Ariz., with more than 100 grocery stores. The company is No. 78 on PG’s list.