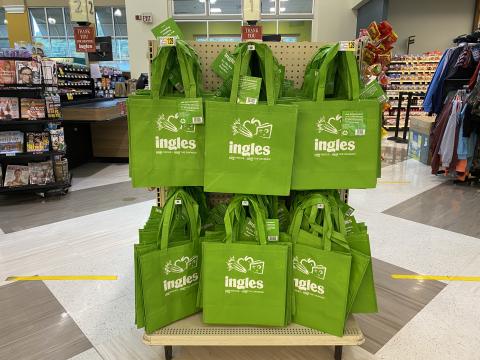 Ingles has been using some of the sales growth during the pandemic to refinance and pay off debt.

North Carolina-based Ingles Markets is continuing to leverage sales growth from the pandemic into a stronger balance sheet despite higher operating expenses.

"We had a successful year amidst ongoing difficulties caused by COVID-19. During this past year, we are thankful for our associates who continued to provide customers with needed products and services," said Robert P. Ingle II, chairman of the board.

The company currently has the full amount available under its $150 million line of credit. Ingles says its financial resources, including the line of credit and other internal and anticipated external sources of funds, will be sufficient to meet planned capital expenditures, debt service and working capital requirements for the foreseeable future.

Operating and administrative expenses at Ingles totaled $248.9 million in fourth quarter compared with $236.8 million for the September 2020 quarter. Most of the increase was due to higher personnel costs incurred to support higher sales and additional safety measures related to the pandemic, the company said.

Operating 198 supermarkets in six southeastern states, Ingles is No. 52 on The PG 100, Progressive Grocer’s list of the top food and consumables retailers in North America.