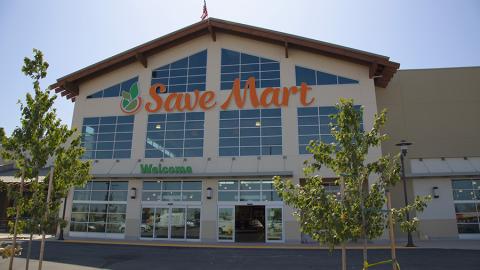 Save Mart is closing the pharmacies at all of its Save Mart and Lucky banners.

California-based Save Mart Cos. is discontinuing pharmacy services at all of its Save Mart and Lucky banners, according to local reports. The grocer plans to transition these services to nearby Walgreens locations.

"The Save Mart Cos. is moving its pharmacy services at Save Mart and Lucky stores to Walgreens," Victoria Castro, a public relations manager for the company, told the Reno Gazette Journal in a statement. "Our Save Mart and Lucky Pharmacy staff will work closely with their patients to make this transition of services as convenient and seamless as possible.

"Walgreens expressed great interest in hiring and has the intention to hire as many of our pharmacy associates as possible, which will enable our patients to continue being served by our associates," Castro continued.

According to UFCW-8 President Jacques Loveall, not all of the pharmacies will close at the same time.

“UFCW 8-Golden State stands by our affected members in this tough time,” said Loveall in a statement to California’s ABC10. “We understand this is stressful for members who work in the Save Mart pharmacies and we are working closely with the company to ensure they will have opportunities to work at other Union stores in our jurisdiction. Our goal is to retain their seniority, as well as wages and benefits.”

In March, Save Mart was acquired by Kingswood Capital Management LP, an operationally focused private-equity firm based in Los Angeles. Shortly after the acquisition, the grocer named retail veteran Shane Sampson as its executive chairman.

Based in Modesto, Calif., The Save Mart Cos. operates more than 200 retail stores under the banners of Save Mart, Lucky California and FoodMaxx. In addition to its retail operation, the company also operates SMART Refrigerated Transport and is a partner in Super Store Industries, which owns and operates a distribution center in Lathrop, Calif., and the Sunnyside Farms dairy-processing plant in Turlock, Calif. Save Mart is No. 55 on The PG 100, Progressive Grocer’s 2022 list of the top food and consumables retailers in North America. Deerfield, Ill.-based Walgreens operates nearly 9,000 retail locations across the United States, Puerto Rico and the U.S. Virgin Islands, serving about 9 million customers daily. The company is No. 5 on The PG 100.