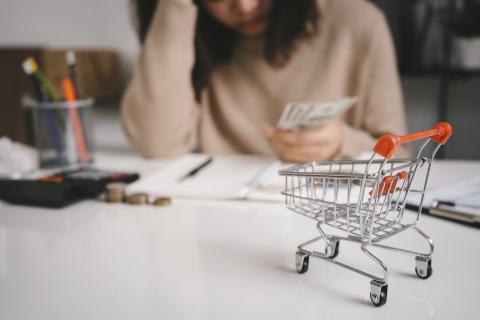 Responding to consumer/voter concerns about inflation, several states are rolling back grocery taxes for a time.

In the wake of high inflation – and ahead of election season – lawmakers and leaders in several states are hitting the brakes on gas and grocery taxes. One of the latest is Illinois, which announced this week that it is suspending its 1% grocery tax starting on July 1.

The grocery tax relief will extend for the entire fiscal year, through June 30, 2023. The Illinois Department of Revenue shared an example, noting that $1.45 would be cut from a grocery bill of $145.29.

The state also encouraged retailers, “to the extent feasible,” to include a statement on cash register tapes, receipts or sales tickets letting them know about the 0% tax for the fiscal year. “If it is not feasible for the retailer to include the statement on any cash register tape, receipt, invoice or sales ticket issued to customers, then the retailer shall post the statement on a sign that is clearly visible to customers. The sign shall be no smaller than 4 inches by 8 inches,” said Davis Harris, director of the Illinois Department of Revenue in an informational bulletin.

Other states have also suspended grocery taxes. In Virginia this week, Governor Glenn Youngkin signed a budget that eliminated that state’s portion for the grocery tax, inking the document at a Tom Leonard’s Farmers’ Market location. The Oklahoma House of Representatives recently voted to suspend the state’s grocery sales tax, pushing the final decision onto the Oklahoma senate. Earlier, the governor of Tennessee, Bill Lee, announced a month-long suspension of state and local grocery sales taxes that goes into effect in August.

Meanwhile, as sky-rocking fuel prices mirror the recent surge in food inflation, President Biden urged lawmakers this week to pause the federal gas tax of 18 cents per gallon of regular gas and 24 cents per gallon for diesel through the end of September, in a bid to “give Americans a little extra breathing room.”

The political moves come at a time of continually mounting food and fuel prices. Gas prices are currently averaging $5 a gallon nationwide, topping $7 in some areas. In its latest inflation report, the U.S. Bureau of Labor Statistics found that  food-at-home prices have climbed 11.9% on a year-over-year basis, the biggest 12-month leap since April 1979. The CPI for food at home rose 1.4% in May alone.