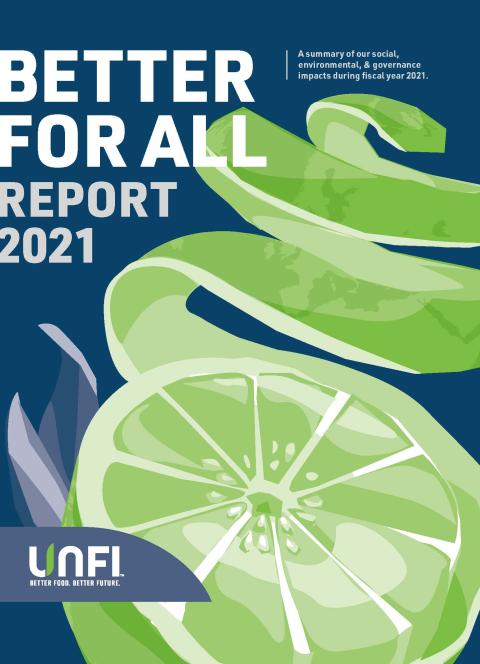 UNFI's new "Better for All" report outlines progress towards its expanded ESG goals and provides more transparency along its value chain.

According to the comprehensive assessment, UNFI is taking and making concrete steps towards its 10 goals in the areas of diversity and inclusion, responsible procurement, community development, governance, associate safety and well-being, climate action, waste reduction, customer health and safety and energy efficiency. To help meet those goals, the company assembled an executive steering committee to guide how UNFI fulfills its ESG pledges through its programs and practices.

Among other achievements, the report cited progress in several focus areas:

UNFI also recapped some of its ESG-related donations in the new report. The company contributed more than $2.4 million in financial donations across all partners and distributed over $38.7 million worth of in-kind donations to partners, including food and non-food items.

“Building from our strong foundation and governance systems, a major focus of our efforts in the last year has been more transparency and a more holistic view of our value chain. We’ve learned a lot about the depth of interconnectivity between our world, communities, and associates, and are working even more closely with our stakeholders to address the many challenges that face the global food system,” declared Alisha Real, UNFI’s director of sustainability and social impact.

The full report is available online at BetterForAll.UNFI.com.

The ESG summary comes on the heels of UNFI’s second quarter financial report, which showed a 7.5% year-over-year sales gain and included a positive outlook for the rest of its fiscal year.