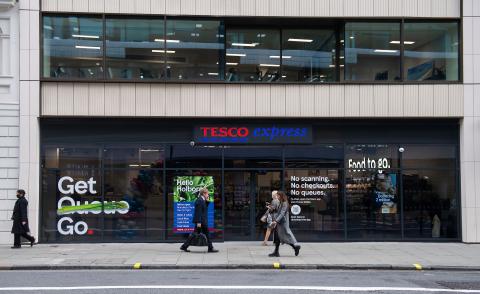 Trigo's artificial intelligence-based frictionless checkout technology has already been adopted by such overseas grocers as Tesco in the United Kingdom.

Wakefern Food Corp., the largest retailer-owned cooperative in the U.S., has teamed with computer vision company Trigo on a pilot of an autonomous supermarket employing Trigo’s artificial intelligence-based frictionless checkout technology. The pilot marks Tel Aviv-based Trigo’s first foray into the United States. The company has previously worked with such well-known overseas grocers as Tesco in the United Kingdom and Aldi Nord in Germany.

“With Trigo’s frictionless technology, Wakefern Food Corp. is opening up access to cutting-edge innovation for our members,” noted Charlie McWeeney, the co-op’s VP of technology, innovation and strategy. “We are excited to pilot Trigo’s solution and offer our consumers the ultimate in checkout convenience.”

Trigo transforms existing retail locations into fully autonomous digital stores, blending their technology with Trigo computer vision for a seamless shopping experience. Deploying the company’s GDPR-compliant technology at various locations enables retailers to scale their business while retaining their unique character and layout. Shoppers use an app to scan a QR code as they enter the store, and then can take items and leave without needing to check out.

Said Trigo co-founder and CEO Michael Gabay: “Trigo is proud to work with some of the largest grocery retailers around the world, so partnering with Wakefern Food Corp. was a natural step for the company. By helping Wakefern convert some store formats, or develop new ones that are exclusive to their brands, we can help them accelerate their growth within the market and pave the way for frictionless shopping in the future.”

Further details on the Wakefern pilot were unavailable, except that it will take place in New Jersey during 2022, according to the company.

Recently, Wakefern also revealed it was adopting receipt marketing technology from flexEngage designed to enhance the post-purchase experience for shoppers and had joined forces with Grocery TV, which will add 4,000 point-of-sale displays to the digital advertising network. Additionally, a location operated by co-op member ShopRite Supermarkets Inc., the ShopRite of New Rochelle, in New Rochelle, N.Y., has become the first retail location on the East Coast to offer Bell and Howell’s new QuickCollect GO! POD, which enables shoppers to quickly and easily retrieve online grocery orders from a temperature-controlled outdoor pickup pod.