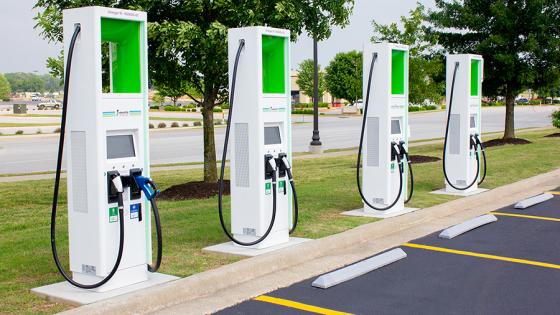 Walmart is expanding its partnership with Electrify America, a provider of electric vehicle charging stations

The partnership is expected to make Walmart one of the largest retail hosts of EV charging stations in the United States, while furthering Electrify America’s mission to help promote greater zero-emission vehicle (ZEV) adoption through a fast and convenient charging network.

Most of the new stations are strategically located at Walmart stores off major highways, with dozens more chargers slated for major metropolitan areas, such as Washington, D.C., and 46 states, among them California, the largest EV market in the United States. The first station opened in July 2018 in Hope, Ark., and during the next 11 months, Walmart and Electrify America have opened on average one new station every three days.

While a considerable number of U.S. commercial EV charging stations are concentrated on either coasts or in major urban areas, the Walmart-Electrify America collaboration will provide EV users with greater access to services near highways, rural communities and driving routes in other parts of the country.

“Along with providing our customers with an enhanced shopping experience through added convenience, this initiative also allows us to contribute to the expansion and accessibility of our nation’s EV charging station infrastructure,” noted Mark Vanderhelm, Walmart's VP of energy. “Many of our Walmart associates and customers are EV drivers, so providing access to these stations is the right thing to do for our customers, our business and the environment.”

Before joining forces with Reston, Va.-based Electrify America, a wholly owned subsidiary of Volkswagen Group of America, Walmart was an early adopter of EV technology, providing chargers at about 100 store locations, beginning with the first installations nearly a decade ago.

Electrify America, which is investing $2 billion over the next 10 years in EV infrastructure and education, plans to install more than 2,000 chargers at 484 sites in 17 metropolitan areas and on highways. Stations will have access to retail, dining, parking and other facilities, with Walmart acting as a key partner.

Bentonville, Ark.-based Walmart operates more than 11,300 stores under 58 banners in 27 countries, and ecommerce websites. The company is No. 1 on Progressive Grocer’s 2019 Super 50 list of the top grocers in the United States.