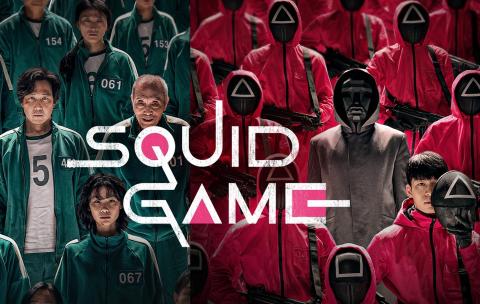 Americans on social media have been baking up Dalgona Cookies, featured in Netflix's "Squid Game" show.

Food retailers may have noticed items such as baking soda and granulated sugar flying off shelves recently. Those are the two main ingredients for Dalgona Cookies, a popular South Korean street food that has captivated viewers of the Netflix show called "Squid Game."

Now Walmart is looking to leverage the "Squid Game" trend even further by launching a new digital storefront selling items tied to the hit show, as well as other Netflix productions.

Walmart EVP of Entertainment, Toys and Seasonal Jeff Evans says the partnership is an opportunity for the retailer to connect with the Netflix fan base and potentially attract new customers to its omnichannel ecosystem as it looks to fight off competitors such as Amazon.

"Through this new partnership, Walmart will not only offer products that bring the imagination of Netflix creators into reality, but Walmart customers and Netflix superfans will also find a new, exciting entertainment destination," said Evans on a company blog. "The Netflix Hub brings together some of its most popular shows in its first digital storefront with a national retailer, and we’re proud to partner with them on this new adventure that will let our customers dive even deeper into their favorite stories and characters."

Over the next few months, customers will be able to find products in a variety of categories, including grocery, housewares, music, apparel, toys and games, for fan-favorite shows such as “Stranger Things,” “Nailed It!” and “CoComelon,” and new shows like “Ada Twist, Scientist.”

In addition to new products, the Netflix Hub will offer customers exclusive experiences to engage with popular Netflix shows in innovative ways.

"For example, we’ll soon launch a crowd-sourcing opportunity called Netflix Fan Select that will allow fans the opportunity to vote for merchandise they’d like to see from favored Netflix shows — and then Walmart merchants will bring them to life," Evans added.

Walmart operates about 11,500 stores under 56 banners in 27 countries, and e-commerce websites, employing 2.2 million-plus associates worldwide. Walmart U.S. is No. 1 on The PG 100, PG’s list of the top food and consumables retailers in North America, while Walmart-owned Sam's Club ranks No. 9.