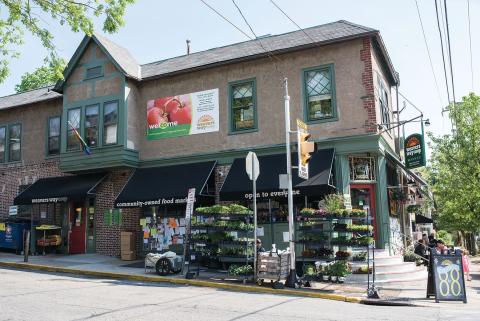 Weavers Way Co-op has signed a lease for 328 West Chelten Avenue at the corner of Chelten and Morris in the Germantown section of Philadelphia as the location for its fourth grocery store in the City of Brotherly Love. The retail footage of the store will be about 6,000 square feet, bigger than the cooperative’s Mt. Airy and Chestnut Hill stores, but smaller than its Ambler location.

The co-op is “shooting for a summer 2023 opening, but that’s a moving target for them right now,” a spokeswoman told Progressive Grocer.

As with other Weavers Way Co-op building projects, the Germantown site will be renovated with green building practices, reusing materials when possible, including the original terrazzo flooring, and installing energy-efficient systems such as a heat recapture system. The property, a former Acme Market, already features a freight elevator, a clear span and high-ceiling structure with loading access, a parking lot, access to buses and the SEPTA commuter line, and many people within the immediate area, including 1,400 existing member households. With its original Mt. Airy store at full capacity, the new site will make shopping at the co-op more accessible for many city residents.

Outreach efforts in Germantown will launch in the coming weeks. Once open, the store will offer shelf space and opportunities to new vendors in the neighborhood through the co-op’s existing Vendor Diversity program. Further, the Germantown store will provide 40-45 new local jobs, ranging from hourly to management, and install a community fridge to deal with food insecurity respectfully and anonymously.

“We are super-excited to become a part of Germantown’s dynamic and diverse community,” noted Esther Wyss-Flamm, Weavers Way Co-op’s board president. “As part of an extraordinary organization that works tirelessly to serve our store neighborhoods, we can’t wait to further connect with existing local members and meet and greet the new folks this exciting new venture is expected to bring.”

The co-op received support for the project from Philadelphia’s Commerce Department. The project will also be financed in part by the Commonwealth of Pennsylvania through the Pennsylvania Fresh Food Financing Initiative, administered by The Food Trust.

One of the largest Philadelphia-based food cooperatives, Weavers Way operates two Philadelphia vegetable farms in addition to its stores. The co-op offers a friendly shopping environment and reasonably priced, high-quality products, geared to each community in which it operates, that are local, sustainable, organic, fair trade and healthful. It subscribes to International Co-op Principles and operates as a triple bottom-line business.