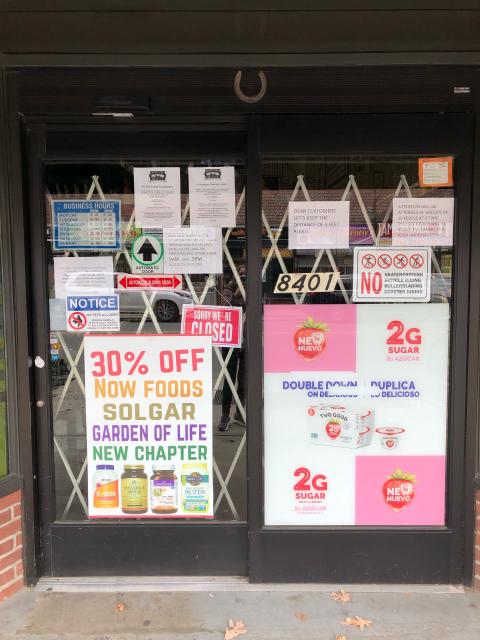 A closed store in the Jackson Heights neighborhood of Queens, N.Y. Photo by Jenny McTaggart

We’ve all read reports of U.S. retailers closing their stores to promote social distancing during the COVID-19 pandemic. But in my neighborhood, I was surprised to see at least two grocery stores joining the fray, at least temporarily.

I live in Jackson Heights, a Queens, N.Y., community that one local politician recently labeled as “the epicenter of the epicenter of COVID-19 in the United States.” This neighborhood, which is one of the most ethnically diverse in the country and boasts more than 100,000 residents, is a cluster in the outbreak currently impacting the New York City borough of Queens (as of March 30, Queens alone has 12,756 confirmed cases of COVID-19, which accounts for 34% of the cases in New York City).

I live less than a mile away from Elmhurst Hospital, which has been featured in the national news lately for not only being woefully undersupplied, but also for seeing at least 13 patients die in the course of one day from the coronavirus.

When I have ventured out to shop at our local grocery stores in recent weeks, it’s difficult to maintain social-distancing guidelines among the narrow aisles that are often packed with boxes of new supplies coming in. I’d say the local stores measure on average around 25,000 square feet at the most. There are typically way too many shoppers trying to navigate the aisles with small buggies or carts brought from home, vying for the basic necessities to get through these weeks of quarantine – items like toilet paper, fresh meat and bread. The employees wear masks and gloves, but you can still detect a sense of fear in the eyes of many.

A growing number of our local grocers have been attempting to mitigate the problem by arranging senior-only shopping hours early in the morning or limiting the number of shoppers who can be in one store at a time. The restriction on shoppers has resulted in long lines wrapping around at least one city block, with people trying their best to maintain 5 feet of distance behind the person in front of them. Another store has installed shields in front of its cashiers to protect them from face-to-face contact with shoppers – a smart move that should be replicated by even more retailers. I even heard that one supermarket is requiring shoppers to wear masks and gloves, although I haven’t been to that store and can’t confirm it.

So perhaps it isn’t a surprise that two of our local stores – one an independently owned natural food store called Downtown Natural Market, the other an Indian supermarket called Patel Brothers, which is part of a 54-store national chain – recently announced that they’re closing their doors for one week, and 10 days, respectively, to “promote social distancing.”

These retailers didn’t publicly offer further explanations. It could be that one or more of their employees have become sick or have family members who are sick, and they figure that the safest thing to do is to air out the store and keep everyone home for a week. I’ve heard of Trader Joe’s and at least one mom-and-pop grocer in Chicago doing this to properly sanitize their stores.

Or they could be running out of masks and gloves to give to their workers, who need to maintain some sense of safety while doing what has overnight become a potentially dangerous line of work. If this is the case, I worry that it will be hard for them to find a reliable, continuous supply of safety gear in the weeks ahead.

Whatever their reasons for closing, I respect these companies’ decisions -- but for residents in this particularly hard-hit neighborhood, we now have a new sense of anxiety. Folks who are quarantined because of illness can’t even get out to shop, and now the volunteers who are trying to pitch in by shopping for them, along with the people who still appear to be well enough to go out, will have more limited options. Groceries – one of the “essential services” we thought we could count on – are now being depleted, at least for the coming week.

As for the alternative of online ordering and delivery, New Yorkers are having an increasingly hard time securing time slots for delivery. Last week, I broke down and signed up to get groceries from the new Wegmans in Brooklyn through Instacart. I felt like I’d won the lottery when I saw I could have my groceries delivered in four days … and then I got a message that my delivery date had been postponed for four more days. My fingers are crossed that the order will arrive tomorrow, although I’m not holding my breath, especially since Instacart workers are now on strike.

This too shall pass, but in the meantime, it would be nice to know for certain that our grocery stores will be here. 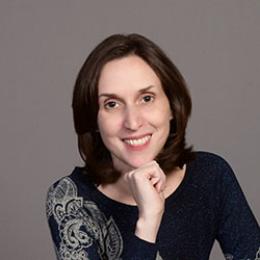