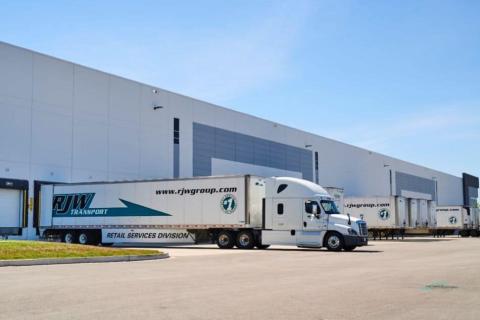 Last-mile delivery got a lot of buzz over the past couple of years, but as rapid and near-instant delivery services have shaken out and slowed down, another fulfillment model is proving to be reliable and efficient.

“Middle mile has never gone out of style. People ignored it, but you know what? With the middle mile, you have the processes and systems to be able to support the supply chain,” said Kevin Williamson, CEO of Romeoville, Ill.-based RJW Logistics Group, Inc. a 3PL that provides national service from 10 strategically located consolidated warehouses in Central United States and a regularly rolling trucking fleet.

In a recent interview with Progressive Grocer, Williamson underscored the effectiveness of the middle-mile supply chain in meeting marketplace demands as circumstances have changed. “In the pandemic, it was difficult for suppliers to keep up and they were shorting a lot of things. As inventories started to catch up, and people got back up to just-in-case inventory levels, the demand was still there but it was all about having better in-stocks at the store level,” he reported.

To help retailers reduce out-of-stocks, Williamson said that being able to replenish stores more than once a week has been key. “We have 500-plus suppliers in our program and we open up our pools to allow them to order multiple times a week based on consumer demand,” he remarked.  “You have to have a good, quick system that looks at things like FIFO (first-in, first-out) and lot traceability. All of that together means speed to shelf.”

RJW currently serves more than 200 retailers, including major chains like Walmart, Meijer and Walgreens as well as regional independent retailers. In addition to offering the ability to have items delivered multiple times a week and allocating inventory “to the right stores at the right time,” Williamson says, middle-mile logistics succeeds with a strong workforce.

To recruit and retain its team of more than 2,000 warehouse workers, drivers and other employees with a turnover of about 3%, RJW pays competitively high wages and offers benefits that convey the company’s commitment to its team members. “We have been in hyper-growth mode and have given opportunities on the ground floor. It comes down to how you pay people, how you treat them and maybe the most important thing, how you give them a career path," said Williamson.

Sustainability is another growing priority within the logistics industry that serves food retailers. To that end, Williamson reports that middle mile is efficient from an environmental standpoint as well. “If you look at this model, we are creating one full truckload, delivering to retailers with things from 25 different suppliers all on one truck. It eliminates smaller items that would have to be shipped and we are not wasting fuel by cross-docking. We are touching it once, delivering it and then it goes into the stores,” he pointed out. In addition, the company is focusing on sustainability by opening a new LEED-certified warehouse, installing all-LED lighting in its facilities and examining the possibility of adding solar roofs to the buildings

Williamson, whose father started the business in the family home in 1981 and who took over the business in 2010, said that the company grew 50% last year, another indication of the growth mode of middle mile. “We’ll be over 6 million square feet next year,” he noted, adding, “If you do things right by the retailers, consumer and your workers, the business will come.”