A  colorful decade defined by materialism and noted for quirky trends like neon bracelets and the invention of MTV, the 1980s was also full of significant changes in retailing that would forever influence the way that Americans think about supermarkets.

The competitive landscape was heating up like a Madonna song, and by the end of the decade, Wal-Mart and Kmart had made meaningful inroads into grocery operations. At the same time, quick-service restaurant operations were taking away more retailing dollars, especially as women in the workforce increased and Americans became more accustomed to fast-paced lifestyles. 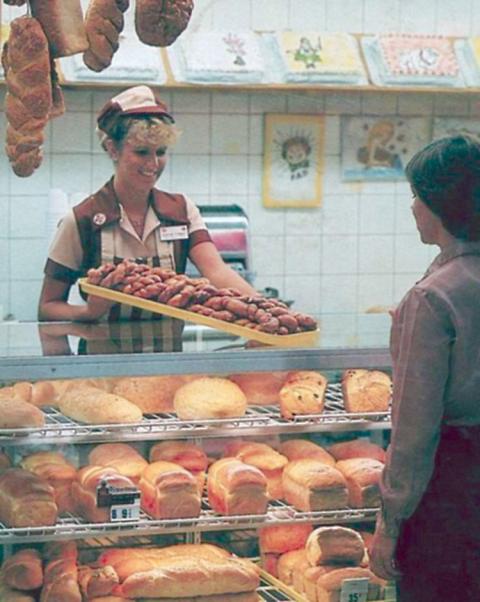 With more women in the workforce, grocers placed new emphasis on their service departments.

Business deals of the decade included Kroger’s takeover of Dillons (the 11th-largest U.S. chain at the time), and the merger of American Stores with Jewel, in Chicago (for more, see the “Key Grocery Industry Developments” sidebar below).

Between 1985 and 1988, 19 of the 50 largest food retailers, including Safeway, Kroger, and Stop & Shop, participated in some form of leveraged buyout or recapitalization. These companies strategized to borrow against projected cash flow and then build their financial base through increased debt.

On the global front, Dutch retailer Ahold acquired Giant Food Stores, a 29-store chain in Carlisle, Pa., in 1981, and U.K. grocer Sainsbury’s bought a major noncontrolling holding in the New England-based Shaw’s company in 1983, with its stake subsequently increased to full ownership.

Throughout the decade, supermarket operators continued to grow their sales to new levels (total sales topped $300 billion by 1986). One of their formats of choice was the “superstore” that Kroger had introduced a decade earlier. Featuring general merchandise and groceries under one roof, this larger format promised not only convenience for shoppers, but also more profitability for retailers. 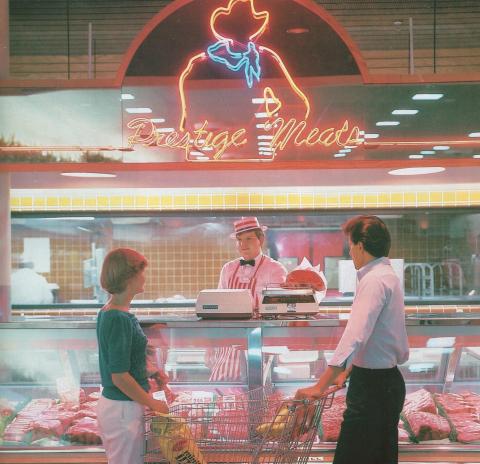 A prime example of the superstore format appeared in Progressive Grocer in 1982. Safeway’s new prototype, located in the competitive market of Arlington, Texas, took a new approach to architecture, design and layout, featuring a high-tech exterior that resembled a modern airport terminal. Inside, the 60,949-square-foot store offered an impressive selection of general merchandise.

PG’s 1983 Annual Report called superstores “star performers,” as the format annually accounted for a larger share of total sales and was judged by industry leaders to have the best prospects for the future. At the time, there were 3,200 superstores in the country, which made up an estimated 16.5% market share and 23% of supermarket sales.

By 1984, with many more women in the workforce, the portion of disposable income that Americans were spending on food at home dropped to a new low of 11.4%. In response, supermarkets looked for ways to offer in-store dining and takeout themselves. To help inspire them, PG began featuring a regular foodservice section.

Some grocers chose to partner with foodservice operators — for instance, Dierbergs added a Dairy Queen mini unit to a new store in St. Louis, while Vons operated Panda Express units. In 1989, Haggen became the first U.S. food retailer to offer an in-store Starbucks Coffee shop. Other supermarkets opened their own full-service restaurants or cafeterias.

The end of the decade would also bring a brand-new threat to the industry, as Wal-Mart opened its first supercenter in 1988, offering general merchandise connected to a supermarket in Washington, Mo. Just one year later, at least one independent operator — a store in Wagoner, Okla. — had already closed, largely due to a drop in volume after the opening of the supercenter.

The 1980s was distinguished by plenty of deal-making activity.