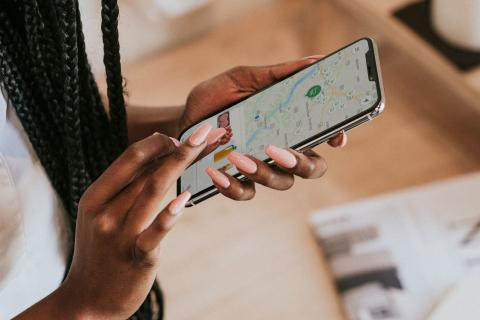 Save A Lot independent owner/operator Yellow Banana has teamed up with Flashfood to deliver discounts and cut food waste.

Shoppers at Save A Lot stores in several states can now get good deals on foods nearing best-by dates while also doing their part to reduce food waste. Yellow Banana, LLC, a retail grocery platform that owns and operates over 30 Save A Lot locations in the United States, recently teamed up with Flashfood to offer the service.

Shoppers use a mobile app to score discounts as high as 50% on items like meat, produce boxes, dairy and bakery items, as well as center-store foods and snacks that are close to the end of their shelf life. Customers can pick up orders from a Save A Lot team member at the store’s checkout area.

"Our mission is to deliver essential nutrition to working families at affordable prices," said Ademola Adewale-Sadik, co-founder of the Cleveland, Ohio-based Yellow Banana. "By partnering with Flashfood we are furthering our commitment to serve our communities, while also reducing the amount of food reaching landfills by redirecting it to dinner plates in deserving homes across the country."

Through the partnership with Yellow Banana, Flashfood will enter the Dallas, Texas, and Jacksonville, Fla., markets for the first time. Save A Lot stores in Chicago, Cleveland and Milwaukee will also offer the Flashfood option for shoppers.

“We are thrilled to partner with mission-driven partners like Yellow Banana to broaden access to affordable groceries and provide communities with healthy food," remarked Flashfood Founder and CEO Josh Domingues. "Nothing is more exciting than bringing Flashfood to new shoppers, stores, and states like Texas. Yellow Banana is a natural fit for Flashfood with a clear mission to deliver impact for their communities, and we're excited to continue expanding Flashfood's presence across the country."

Flashfood has continued to widen its presence across the grocery industry this year. In addition to the latest agreement with Yellow Banana, the digital marketplace recently expanded into select New York Stop & Shop stores in Brooklyn, the Bronx and Queens and brought its program to all of Giant Eagle’s locations. According to Flashfood, its marketplace can now be found in more than 1,450 grocery locations in the United States and Canada.

The program is making a dent in food waste while helping inflation-strapped consumers. In September, Flashfood shared that 50 million pounds of food have been diverted from reaching landfills and reported that its service has saved shoppers more than $130 million on their groceries.

Save A Lot has more than 850 stores in 32 states. The Earth City, Mo.-based company is No. 60 on The PG 100, Progressive Grocer’s 2022 list of the top food and consumables retailers in North America.Stop & Shop Supermarket Co. LLC operates more than 400 stores throughout Massachusetts, Connecticut, Rhode Island, New York and New Jersey and is part of Ahold Delhaize USA, a division of Zaandam, Netherlands-based Ahold Delhaize, No. 10 on The PG 100. Giant Eagle operates more than 470 stores throughout western Pennsylvania, Ohio, northern West Virginia, Maryland and Indiana and is No. 36 on The PG 100.