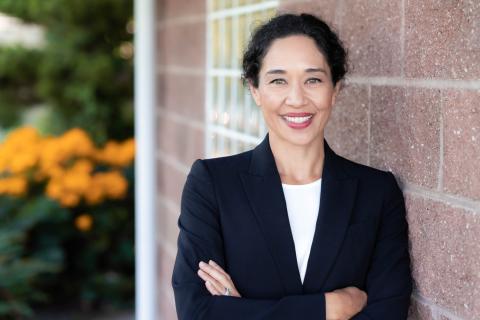 Forage, a San Francisco-based payments processor that makes it easier for grocers to accept SNAP EBT payments online, has hired Kristina Herrmann in the new role of chief business officer. Herrmann joins the company from Amazon, where she spent nearly 16 years, most recently building out and leading Amazon’s Underserved Populations team as its founder and general manager.

In her new role, Herrmann reports to Forage CEO Ofek Lavian and is responsible for leading the company’s commercial efforts, including sales, partnerships and legal, advancing its mission to democratize access to government benefits, and enabling 42 million Americans to transact with EBT online.

“At Amazon, Kristina’s team was directly responsible for bringing online SNAP EBT to Amazon, Amazon Fresh and Whole Foods, impacting the lives of millions of low-income Americans across the country,” said Lavian. “She is an outstanding leader, with exceptionally rare expertise in EBT – and will bring credibility and a merchant-first perspective from one of the largest and most impactful companies on the planet. More importantly, Kristina is a talented and compassionate leader who embodies the Forage core values and received overwhelmingly positive feedback from everyone that spoke with her as part of our vetting process.”

“For more than five years, I’ve worked to create better access for recipients of government benefits like SNAP to online grocery and other services,” said Herrmann. “In doing so, I’ve recognized obvious gaps in how technology meets the needs of this customer segment. I am excited to join Forage and its strong leadership team as they change the landscape of online EBT redemption.”

The cross-functional Underserved Populations team at Amazon launched online SNAP purchasing on Amazon.com, including Amazon Fresh and Whole Foods Market, as part of the USDA’s Online Purchasing Pilot. In parallel, Herrmann led additional initiatives to improve underserved customers’ access to online shopping, including a discounts program on everyday essentials available only to government benefit recipients, an online layaway program with no fees or credit checks, and a grass-roots program within urban food deserts. Before this, Herrmann was technical advisor to the then-SVP of Amazon’s North America Retail organization.

Herrmann originally joined Amazon in 2006 as an in-house attorney, in which capacity she led legal teams across various businesses for nearly 10 years. Before joining Amazon, she was an attorney at Mayer Brown in Chicago.

“I am confident that Kristina will change the trajectory of this company, and I am incredibly proud and grateful to have the opportunity to work with and learn from her as we grow this company to the next stage,” said Lavian.

In other recent company news, Forage revealed $22 million in funding; received USDA Approval for its SNAP EBT payment solution, becoming only the third company to do so; and went live with its first merchant, Sanger, Calif.-based Gong’s Market, with Toronto-based partner Grocerist.