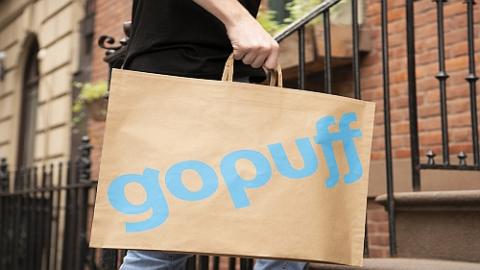 As it navigates through economic headwinds, Gopuff has appointed a new seasoned CFO.

As the rapid-delivery space undergoes changes and challenges during an economic contraction and ever-shifting consumer behaviors, Gopuff has brought on a new head of finance to steer the company to its profitability goals.

Later this month, Ted Stedem will take the reins as CFO, leveraging his 25 years of experience across a variety of organizations. His leadership in both public and private markets positions him to guide the Philadelphia-based platform as it weighs a possible IPO.

For the past three years, Stedem was CFO of fast-casual foodservice chain Panera. He was also CFO at Yum! China, where he established the business as an independent public company, and held a role as SVP of global head of business planning and financial operations at WeWork. Earlier in his career, he worked in several positions at Office Depot, including VP of brand, product and local marketing, and was a consultant at Bain & Co. Inc.

“As the leader in instant commerce with a proven model, well-established infrastructure, technology, and local presence, Gopuff is powering the future of delivery. I have long been impressed by the company’s leadership, fiscal discipline and strategic growth trajectory. I am optimistic about Gopuff’s future and look forward to being a part of what’s next,” noted Stedem.

In a memo to company employees, co-CEOs Rafael Ilishayev and Yakir Gola welcomed Stedem to Gopuff’s expanding executive team, which also includes other recent hires such as foodservice head Amelia Riba, communicators director Jacalyn Lee and federal affairs chief Annie Palisi. “Ted is a multi-unit operator who has held senior finance and general management roles at some of the world’s top restaurant brands. Ted’s leadership and relevant expertise in finance and operations will be invaluable as we enter Gopuff’s next phase,” the CEOs said.

In addition to naming the new CFO, Gopuff revealed that Sanjay Shah is being promoted to SVP, North America operations, from his most recent position as SVP, North American fulfillment.  Shah’s background includes a role as COO of Beyond Meat and SVP of global energy at Tesla, where he reported directly to Elon Musk.

The appointment of a new CFO came a few weeks after Gopuff shared that it’s cutting its workforce and adjusting its fulfillment network ahead of a likely economic downturn. According to Ilishayev and Gola, who started Gopuff in 2013, the moves will help the company align its business priorities while it continues on a path to profitability by 2024. Although there was buzz about a possible Gopuff IPO by the end of 2022, the changing operating climate has reportedly slowed down imminent action on that front.