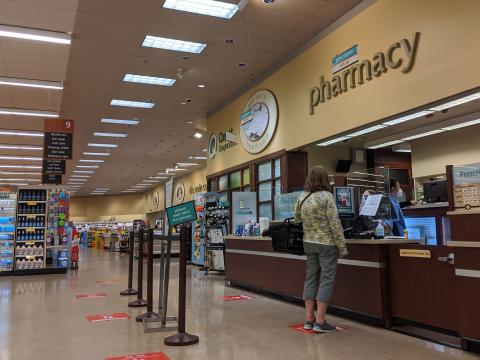 J.D. Power's "2022 U.S. Pharmacy Study" found that U.S. consumers have grown used to the idea of receiving health services at their local pharmacies.

Meanwhile, in the mail order segment, Kaiser Permanente Pharmacy ranked highest, with a score of 734, while CenterWell (formerly Humana Pharmacy) (699) came in second and OptumRx (694) made third place.

The report also found that in the wake of large-scale COVID-19 and flu vaccination drives, U.S. consumers have grown used to the idea of receiving health services at their local pharmacies. This shift toward health-and-wellness services, as well as medication management, may indicate the path forward for the retail pharmacy industry as it grapples with the rising threat of online retailers.

“Customers are beginning to embrace their retail pharmacy as a hub for a broad range of routine health and wellness services,” said Christopher Lis, managing director, global healthcare intelligence at Troy, Mich.-based J.D. Power, a provider of consumer insights, advisory services and data and analytics. “This transformation is happening simultaneously with rising competition from online retailers such as Amazon, which is raising the stakes for local retail pharmacies. This is an opportunity for more retail pharmacies to innovate as a one-stop shop for routine care and to leverage data and technology to create an increasingly personalized customer experience.”

Key findings of the 2022 study include:

For 2022, the study, now in its 14th year, was based on responses from 12,142 pharmacy customers who filled a prescription within the past 12 months and was fielded from September 2021 through May 2022.