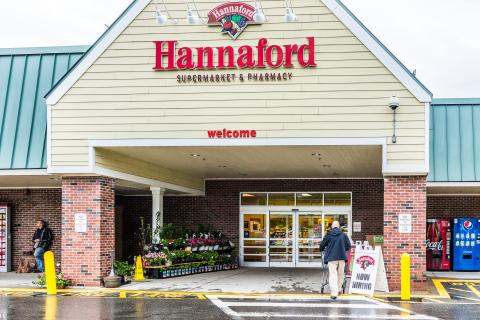 The discovery of razor blades in pizza dough at three Hannaford stores led to a product recall at the grocer's stores in five states, which later extended to Shaw’s and Star Markets.

A man who placed razor blades in Portland Pie Co. pizza dough sold at Hannaford stores in Maine and New Hampshire has been sentenced to four years and nine months in federal prison, followed by three years of supervised release, according to published reports. He will also have to pay $230,000 in restitution to Hannaford Supermarkets, based on an estimation of lost sales at the supermarket chain as a result of the incidents.

In handing down the sentence on Dec. 2, U.S. District Judge Jon Levy said that the crime was “callous and wanton [and] could have led to life-threatening and disabling injuries” to store customers, the Bangor (Maine) Daily News reported.

Nicholas R. Mitchell, 39, of Dover, N.H., pleaded guilty last June to two counts of tampering with a consumer product. The stores where tampered pizza dough was found were in Saco, Maine, and Sanford and Dover, N.H. Mitchell was formerly employed by It’ll Be Pizza, a Scarborough, Maine-based company that makes the Portland Pie Co. pizza dough. He was fired in June 2020 for repeated lateness, and apparently tampered with the pizza dough as a way to get revenge against the company.

According to police, Mitchell was caught on camera putting razor blades in pizza dough at the Saco store shortly before he was arrested. His actions led to a recall of the pizza dough at Hannaford stores in five states, which later extended to Shaw’s and Star Markets. There were no reported injuries as a result of the tampering.

Although the tampering was discovered in August, Maine authorities were only notified two months later, after another incident was discovered at the Saco store and the police had already been notified, in an apparent violation of the section of the Maine Food Code that requires licensed grocers to report imminent health hazards. Hannaford blamed the notification delay on an email failure.

At his sentencing hearing, a contrite Mitchell attributed his actions to mental health issues and eventual homelessness arising from the pandemic.

Scarborough-based Hannaford operates 184 stores in five Northeast states, employing nearly 30,000 associates. Parent company Ahold Delhaize USA, a division of Zaandam, Netherlands-based Ahold Delhaize, is No. 10 on The PG 100, Progressive Grocer’s 2021 list of the top food and consumables retailers in North America. Shaw’s and Star Market are banners of Boise, Idaho-based Albertsons Cos., which is No. 8 on The PG 100.