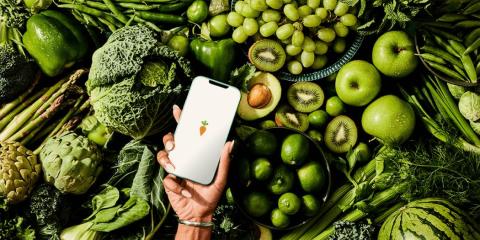 Instacart confidentially filed for its long-anticipated IPO this week.

As it marks its first decade in business, Instacart announced that it has confidentially submitted a draft registration statement on Form S-1 with the Securities and Exchange Commission (SEC). The SEC Form S-1 is required for U.S. companies that seek to be listed on a national exchange, typically filed in advance of an initial public offering (IPO).

With this piece in place, Instacart’s long-rumored IPO could happen by the end of 2022. CEO Fidji Simo, who has expanded Instacart's partnerships with grocers and bolstered the company's grocery technologies in recent months, was hired from Facebook in July 2021 in part because of her experience with the tech giant’s public offering. “I’m excited about Fidji’s experience as a public market executive in a company that has seen so much growth,” said Instacart Co-founder Apoorva Mehta at the time.

While Simo has previously commented on the importance of building “a long-term business over the next few decades," she took the opportunity of Instacart's 10th anniversary to look forward to its next phase of growth, as the company has moved from describing itself as an online grocery platform to a retail enablement platform. “As much as the grocery industry has changed over the last decade, we believe the next decade will be even bigger — with changes driven mostly by technology,” she declared in a May 11 blog post, adding, “At Instacart, we believe the future of grocery belongs to those that invented it — not tech goliaths or newcomers trying to drive grocers out of business. Our vision is to build the technologies that can power every single grocery transaction. And by doing so, we believe we can help our partners effectively compete and invent the future of grocery together.”

Simo’s emphasis on working with grocery partners reflects the company’s recent efforts to team with retailers on same-day delivery and other tech services that span fulfillment, in-store innovations and data-gleaned insights. Earlier this year, Instacart introduced the Instacart Platform for retailers that includes a suite of enterprise-grade technologies.

“We have a vision worth pursuing, and the team, technical experience, and commitment to achieve more together and generate long-term value for our partners, teams and shareholders,” Simo noted in this week’s blog post.

Although Instacart did not share other details in its SEC-related announcement, the Reuters news service reported that Goldman Sachs and JPMorgan are working with the company on making a transition to a public company. Instacart could go public with an IPO or a direct listing on the New York Stock Exchange (NYSE).

The San Francisco-based Instacart currently works with more than 750 national, regional and local retail brands to facilitate online shopping, delivery and pickup services from more than 70,000 stores across more than 5,500 cities in North America.