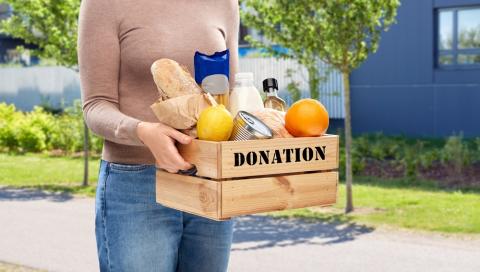 Loblaw Cos. has donated more than 1.5 million pounds of surplus food through the Second Harvest Food Rescue App.

Canada’s largest food retailer and that country’s largest food rescue organization have reason to celebrate. Using the Second Harvest Food Rescue App, Loblaw Cos. Ltd. has donated 1,545,995 pounds of food through its stores in communities across Canada to date, including more than 700,000 pounds in the past eight months alone, preventing the release of 7,152,422 pounds of carbon dioxide-equivalent emissions, while providing food for millions of meals for families and individuals in need.

The Second Harvest Food Rescue App allows food businesses of any kind to donate their surplus directly to nonprofits in their communities. A Second Harvest supporter for 36 years, Loblaw has also committed $1 million to onboard the app in its banner stores and distribution centers nationwide by 2024. To date, 848 grocery stores and Shoppers Drug Mart locations have registered on the food rescue app. The company will continue to expand its efforts across the country, onboarding stores in Atlantic Canada and Quebec to the app through the fall of 2021, with yet more expansion planned in 2022.

“As Canada’s largest food retailer, growing our longstanding partnership with the nation’s largest food rescue organization is critical to our shared goal of reducing food waste, its associated environmental impact and providing those in need with healthy food options,” said Tonya Lagrasta, senior director of corporate social responsibility For Loblaw. “The immediate results we’re seeing with the expansion of the app to donate surplus food across our national store network are very encouraging, and we look forward to the continued impact we’ll be able to achieve alongside Second Harvest.”

“Loblaw’s leadership in adopting our food rescue app from its launch has been a crucial element to its success, and we are proud to join with them in celebrating this incredible milestone,” said Lori Nikkel, CEO of Toronto-based Second Harvest. “Loblaw has been a key supporter of Second Harvest since 1985 and has been with us every step of the way as we work towards a zero-waste future where food can fulfill its purpose as a source of health and builder of human potential.”

When surplus food ends up in landfill, it generates 56.5 million metric tons of carbon dioxide-equivalent emissions every year. Working across the supply chain – from farm to retail – Second Harvest captures surplus perishable food before it ends up in landfills and negatively affects the environment.

Loblaw recently made another move to lessen its environmental impact: It introduced battery-electric Freightliner eCascadiafrom Daimler Trucks North America. The company first trialed eCascadia in early 2020 as part of Freightliner's Customer Experience fleet. Now, Loblaw has placed an initial order for five vehicles to be delivered in 2022-23.

Loblaw Cos. Ltd. operates more than 2,400 stores in Canada, with more than 190,000 full- and part-time employees. The Brampton, Ontario-based company is No. 12 on The PG 100, Progressive Grocer’s 2021 list of the top food and consumables retailers in North America.